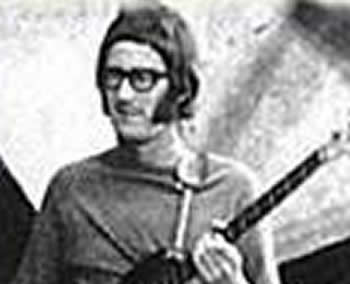 Bob Brunning died aged sixty-eight on 18th October 2011, after suffering a massive heart attack at his home in Colliers Wood, South West London, United Kingdom.
When Peter Green decided to form his own group, naming it Fleetwood Mac he hired Bob Brunning on a temporary basis, hoping that John McVie would soon join. During this period, Bob Brunning played with Fleetwood Mac at the Windsor Jazz and Blues Festival and did contribute bass guitar to one track on Fleetwood Mac's debut album Fleetwood Mac, being "Long Grey Mare".

After his stint in Fleetwood Mac, Bob joined Savoy Brown before embarking on a career in teaching, training at The College of St. Mark & St. John, Chelsea. His teaching career lasted thirty years and included appointments as the headmaster of Clapham Manor Primary School, Lambeth in the 1980s and Churchill Gardens Primary School, Pimlico in the 1990s. He did not abandon music however, and played in the Bob Brunning Sunflower Blues Band, Tramp, and later the DeLuxe Blues Band. In 1972, he played bass guitar on the 22nd Streatham Cub Scouts LP Songs for Your Enjoyment. The album featured folk songs as well as the Scout theme song "Kumbaya".

Moreover, Bob Brunning authored many books, and wrote several about Fleetwood Mac, the British blues scene, and music in general. His works about his former group include Behind The Masks, published in 1990, 1998's Fleetwood Mac: The First 30 Years, and The Fleetwood Mac Story: Rumours and Lies.

please copy and email link:
http://www.rockapaedia.com
to your friends, colleagues and aquaintances. Thankyou..