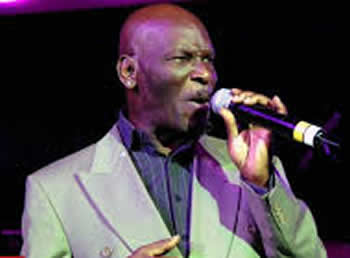 survived by six sons and a daughter from his past relationships.
Born in Trinidad as Curtis Clements, Clem arrived in England at the age of fifteen and later found employment as an interior decorator, then entered boxing and won most of his fights as a professional boxer. Clem's mother was a popular singer in Trinidad and Clem Curtis claimed that this contributed to his ear for music.
During 1966 or 1967 Clem Curtis joined The Ramong Sound after hearing from his uncle that Ramong, Raymond Morrison, the lead singer of the group, was looking for backing singers. Clem Curtis initially had very limited singing experience, only singing with his uncle who around the house with his guitar.           After losing their original lead singer, the Ramong Sound took on board Arthur Brown temporarily, and went through a few name changes before they became The Foundations. Arthur Brown stated in an interview that in his time with the group, he enjoyed singing with Clem Curtis and they both sang separately as well as doing some duets. The Foundations, however, emerged in January 1967 with Clem Curtis as their lead singer and would go on to have worldwide hits with "Baby Now That I've Found You" and "Build Me Up Buttercup".
After having found success with The Foundations, two hit singles and releasing two albums, some problems started with their songwriter/producer Tony Macaulay as well within the group. After feeling disillusioned with the band, Clem along with another member, Mike Elliott, left The Foundations in 1968 just after recording a version of "It's All Right", a song that they had been playing live for some time. Clem stuck around long enough to help the band audition a replacement, Colin Young. Clem Curtis went on to pursue a solo career in the United States. This was probably helped along by the encouragement of his friend Sammy Davis Jr.
In 1969 Clem was signed to Cowsills Productions and had a debut single with "Marie Take A Chance". After some well-received club appearances and hanging out with artists such as Wilson Pickett, and staying with The Cowsills, he did not receive enough work and decided to return to England in the early 1970s. He did some work with Donnie Elbert and Johnny Johnson and the Bandwagon and later reformed a version of The Foundations.
Over the years, Clem Curtis fronted various line-ups of The Foundations, as well as appearing on his own as a solo artist. He recorded and released records on various record labels, including EMI, Opium, Pye Records, RCA Records, Riverdale, and others. In 1977 Clem Clem Curtis and The Foundations nearly got into the Eurovision final with "Where Were You When I Needed Your Love", a John Macleod and Dave Meyers composition. They came third in the heats, and were picked as a favourite to win, but an electricians' strike ruined their chances, and "Rock Bottom" by Lynsey de Paul and Mike Moran was the winner.
In the late 1980s, Clem Curtis joined the line-up of "The Corporation", also referred to as "the Travelling Wrinklies", which was a parody of sorts of the popular Travelling Wilburys. The Travelling Wrinklies were composed of Clem Curtis, Mike Pender, Brian Poole, Tony Crane, and Reg Presley, former lead singer of The Troggs. They released a single "Ain't Nothing But A House Party" on the Corporation label in 1988.
In the late 1980s, Clem Curtis teamed up with original Foundations guitarist Alan Warner to re-cut the original Foundations hits. Clem Curtis appeared on stage as the Lion in The Wiz at the Lyric Hammersmith, and gave a successful gospel stage performance in Amen Corner at The Lyric in Shaftesbury Avenue. He has also appeared on TV chat shows, the British reality television series Airport, and had a bit part in the ITV series The Bill. In 2004 Clem Curtis toured the UK as part of a soul package tour with Jimmy James & The Vagabonds and they did "Love Train" together.

Clem Curtis recorded and performed until near the end of his life; he was regularly seen as part of the "soul explosion" night with former Flirtations singer Earnestine Pearce and Jimmy James at resorts such as Butlins and Warner Leisure Hotels in the United Kingdom. He also appeared on cruises such as the cruise ship "Azura", which docked in Southampton. Clem Curtis has been referred to on various occasions, informally as "The Godfather of English Soul".