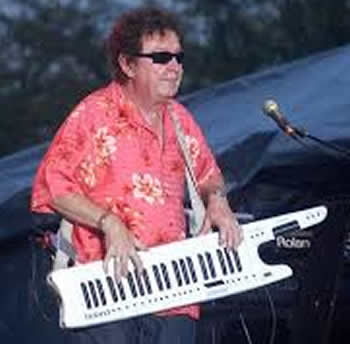 disease in a hospice in Denver, Colorado, United States of America. Jerry began his career locally in Colorado playing drums. As a teenager, he started playing keyboards and joined a few Denver-based bands. The Moonrakers was one of them, and in '67-'68 Jerry led a locally popular five piece band "The Half Doesn't" that drew crowds in Denver's "3.2" beer bars including "La Pichet" that served up 3.2% / low-alcohol beer and live music to Colorado's eighteen-year-olds.
In 1968, Jerry Corbetta and guitarist Bob Webber formed the band Chocolate Hair, along with drummer Myron Pollock and bassist Bob Raymond. The band, having signing to Liberty Records, changed the name to Sugarloaf. The singles "Green-Eyed Lady", co-written by Jerry Corbetta, and "Don't Call Us, We'll Call You" hit the Billboard Hot 100, No. 3 in 1970, and No. 9 in 1975 respectively, while their eponymous debut album in 1970 reached number 24 on the Billboard 200 album charts. Both "Green-Eyed Lady" and "Don't Call Us, We'll Call You" were co-written by Jerry Corbetta.
Jerry fronted Sugarloaf through 1978. In early 1980s, he joined Frankie Valli and the Four Seasons as their singer and musical director, and remained with them through 1984. At one time, he was also a keyboardist of a gathering of 1960s and 1970s artists calling themselves the Classic Rock All-Stars.
During his career, Jerry played organ with Velvet Chain on their 'Asteroid Belt' album. He co-wrote "You're Lookin' Like Love to Me", along with Bob Crewe, included on the 1983 'Born to Love' studio album of duets between Peabo Bryson and Roberta Flack. Jerry Corbetta also co-wrote "Come Back to My Love", along with Bob Gaudio, recorded by Eric Carmen, and included on his 1984 eponymous album. Most notable is the Dance Club Songs chart hit, "On Your Knees" by Grace Jones - a number twenty-eight in 1979, written by D.C. LaRue and Jerry Corbetta. In 2012 Sugarloaf was inducted into the Colorado Music Hall of Fame.