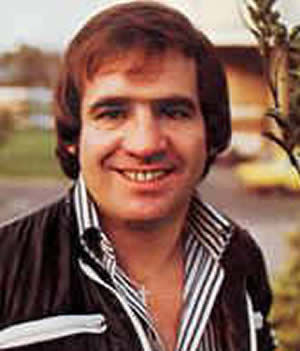 2007. Already ill, Joe had been spending Christmas Day with friends at his home in Foxrock in southeast Dublin. During the evening, his illness suddenly worsened, and he was rushed by ambulance to the Mater Hospital. During the short journey, Joe suffered a massive intracerebral haemorrhage, after which he became unconscious.. During the afternoon of the 26th December, surrounded by family and friends, the life support machines were switched off and Joe Dolan was dead within 20 minutes, never regaining consciousness. .
His funeral mass was held at the Cathedral of Christ the King, Mullingar, County Westmeath, Ireland on 29th December 2007. Many famous faces from both sides of the border attended, including singer Ronnie Drew from The Dubliners, comedian Frank Carson, snooker legend Denis Taylor and former Taoiseach Albert Reynolds. Joe Dolan is interred in Walshestown Cemetery in Ballynacargy, County Westmeath, Ireland

Joe Dolan's health began to decline after he underwent a hip replacement in 2005, which stopped him touring for twelve months and led to the discovery of Type 2 Diabetes which appeared to account for the low energy levels he had been experiencing. Joe Dolan had returned to his schedule in 2006, initially with vigour, but soon began to complain of further signs of low energy. Doctors diagnosed a low blood platelet count and Joe began a series of blood transfusions, After each, he felt better for a period, but always began to feel weaker again. At this same time, Joe was also suffering from unexplained nosebleeds. During the autumn of 2007, on advice from his doctors, Joe cancelled concerts due to exhaustion.
Despite the blood transfusions and other medical interventions, Joe Dolan became weaker but he was then discharged from the Mater Private Hospital in Dublin on 23rd December 2007 in a wheelchair.

Joe Dolan never married and dealt with speculation about his sexuality throughout his life. He dismissed persistent rumours that he was gay. The official biography suggests that he had a quiet offstage presence and preferred to keep romances out of the public eye but cites a long relationship with Isabella Fogarty whom he met in 1977, started dating in the 1980s and subsequently lived with. She was with him when he became ill on 25th December 2007.
In September 1970, Joe Dolan and his band were performing at the Wookie Hollow Club in Liverpool. Joe Dolan and a member of his road crew stayed in the venue for drinks and to chat to their fans. Some people at a nearby table were attempting to bully the bar-staff into providing them with champagne. Joe Dolan joked that they should come back in a few hours for a "champagne breakfast". The men took exception to this and became abusive. Joe Dolan and his companion tried to leave but were prevented from doing so and during the following fracas Joe Dolan was headbutted, kicked, punched and slammed into lavatory fittings and a wall in a sustained attack which was only halted when the sound of police sirens could be heard. It took six weeks for Joe to recover well enough to return to work.
In October 1976, Joe Dolan and a group of friends were flying with Aer Lingus to Corfu for a golfing trip. On several occasions during the flight Joe was moving around talking to other passengers who knew him. One of the party remembers they were "quite merry". Joe was asked several times by cabin staff to return to his seat and, finally, after being threatened with being "restrained" he did so. Upon landing, he attempted to leave the airport without his luggage and passport but was prevented from doing so by security staff, one of whom drew his pistol and pointed it at Joe. The tour operator subsequently received a fax from Aer Lingus refusing to fly Joe back to Dublin. Newspaper headlines in Ireland proclaimed Joer's airline ban for life although, as it transpired, the ban only lasted for close to two years, eventually being lifted after the airline negotiated with Joe following his continued references to it on stage and in the media.
After reforming his band Joe Dolan recorded the song called "Make Me an Island", written by the songwriting duo Albert Hammond and Mike Hazlewood, for Pye Records in conjunction with Shaftesbury Publishing. The track was a hit in England and led to Joe Dolan's first appearance on the BBC's Top of the Pops and helped to make him the biggest Irish star in the world at that time, eventually becoming a number one hit in 14 countries, as well as reaching Number three in the UK.

After the recording of Make Me An Island, Joe Dolan was approached and signed by the MAM Agency whose major star was Tom Jones.
Follow-up singles "Teresa" and "You're Such a Good Looking Woman" also made an impact. Other single releases such as "It Makes No Difference" and "You and the Looking Glass" were not big hits at home in Ireland or in the UK, but they were international successes. A collaboration with writers Roberto Danova and Peter Yellowstone in the mid-1970s produced more singles which made little impact on the British domestic market but did well internationally. "Sweet Little Rock 'n' Roller" in 1974 was the first of a number of reasonable successes for this team but wasn't a major hit in the UK until later recorded by Showaddywaddy, who had a Top 20 hit with the song in 1979.
Joe's next single, "Lady in Blue" was his biggest ever hit, winning five gold records and selling one million copies. It was popular in Europe, Australasia, Africa and South America but not in Ireland or the UK. Further hits including "Crazy Woman", "Sister Mary", "Midnight Lover", "Hush Hush Maria" and "I Need You" followed. Reflective songs such as "If I Could Put My Life on Paper" were a collaborative attempt to show a more maturing artist, whilst definitive versions of songs such as "Danny Boy" maintained a touch of Irish on disc and in concert. In any given month Joe Dolan could be touring the Middle East one week, Australia the next, then South Africa and then back to Europe and Ireland. Further international successes and tours followed, with hits such as "More and More" and "It's You, It's You, It's You".
With his own record label, studio and material Dolan became one of the biggest selling independent artists of the 1990s with albums such as 'Endless Magic' keeping him near the top of the charts. At the end of the decade he refined his voice for the 21st century when he hooked up with EMI for a series of albums ) which saw him tackle more contemporary music from acts as diverse as Oasis, Pulp, Blur, U2, Bruce Springsteen, The Coral, R.E.M., Mundy and his old pal Robbie Williams.
<<go to top>>

song: 'Make Me An Island' by Joe Dolan