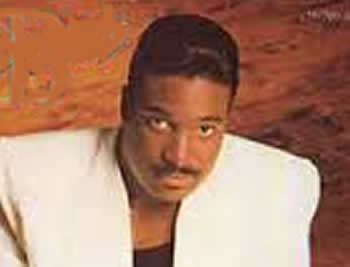 2009. He was survived by a son and since his passing, an annual concert has been held within Sacramento in his honour. During 2019, The Sacramento City Council also had the City's Nuevo Park renamed after him.
Robert Brookins was born October 7, 1962 and raised in Del Paso Heights, Sacramento, California, United States of America. He began singing at the age of four, drumming at five and playing keyboards at nine years old. At the age of eleven he started up his own band entitled Little Robert & the Fondeles. The band went on to win Tamla Motown's 1974 Soul Search Contest.
Robert Brookins later formed a group with his brother Michael known as Afterbach. The duo issued a critically acclaimed album entitled Matinee in 1981 on Maurice White's ARC Records, an imprint of Columbia Records. After such he performed on Philip Bailey's 1983 album Continuation as well as Ramsey Lewis and Nancy Wilson's 1984 album The Two of Us.
Robert Brookins went on to compose on Deniece Williams 1984 album 'Let's Hear It for the Boy' and The Isley Brothers' 1985 album 'Masterpiece'. He also made a guest appearance on Stanley Clarke's 1985 album 'Find Out'!, then composed on Rebbie Jackson's 1986 album 'Reaction' and Al Jarreau's album from the same year, 'L Is for Lover'. During 1986 he released his debut solo album entitled 'In the Night'. Robert Brookins played on Stanley Clarke's 1986 album 'Hideaway' and George Duke's 1986 self titled album. He later produced Bobby Brown on his 1987 album 'King of Stage' and Stephanie Mills on her 1987 album 'If I Were Your Woman'.
Robert Brookins composed on Nancy Wilson's 1987 album 'Forbidden Lover' and guested on George Duke's 1988 album 'Thief in the Night'. He worked as a songwriter on Jeffrey Osborne's 1988 album 'One Love-One Dream' and Jackie Jackson's 1988 album 'Be the One'. Robert Brookins then performed on George Howard's 1988 album 'Reflections' and produced Christopher Williams on his 1989 album 'Adventures in Paradise'. Robert Brookins also produced The Whispers' on their 1989 album 'More of the Night' and Jeffrey Osborne on his 1989 album 'Only Human'.

Robert Brookins went on to collaborate with the band Earth, Wind & Fire on their 1990 studio album 'Heritage'. He later featured on Stanley Clarke and George Duke's 1990 album and produced Keisha Jackson's 1991 self titled album.
Robert Brookins went on to play on Wayman Tisdale's 1995 album 'Power Forward' and produced his 1996 album 'In the Zone'. He later appeared on George Duke's 2000 album 'Cool'. He also became Earth, Wind & Fire's keyboardist and musical director and went to perform on the band's 2003 album 'The Promise'.

song:'Let It Be Me' by Robert Brookins