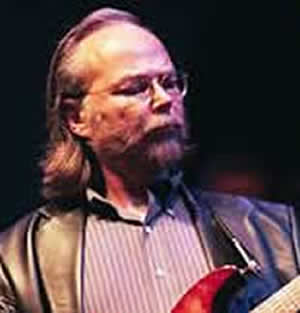 Walter was survived by his wife, Elinor, his adopted daughter, Sayan and son, Kawai.
Musicians including Julian Lennon, Steve Lukather, and John Darnielle of the Mountain Goats made public statements mourning Walter's death.
In a statement released to the media the day of Walter Becker's death, Donald Fagen recalled his long-time friend and musical partner as "Smart as a whip, an excellent guitarist and a great songwriter," and closed by stating that he intended to Keep the music they created together alive as long as he could with their band Steely Dan.

After Walter's parents separated when he was a boy, his mother, who was British, returned to England. He was raised in Queens, NewYork. U.S.A. by his father and grandmother. His father sold paper-cutting machinery in Manhattan. Walter graduated from Stuyvesant High School in Manhattan in 1967 and after starting out on saxophone, he switched to guitar and received instruction in blues technique from a neighbour.

Donald Fagen overheard Becker playing guitar at a campus café when they were both students at Bard College in Annandale-on-Hudson, New York. They formed the band Leather Canary, which included fellow student Chevy Chase on drums.
Walter Becker left the school in 1969 before completing his degree and moved with Fagen to Brooklyn, where the two began to build a career as a songwriting duo. They also composed music for the soundtrack to You've Got to Walk It Like You Talk It or You'll Lose That Beat, a film starring Richard Pryor which was released in 1971.

In 1971, Walter Becker and Donald Fagen moved to Los Angeles and formed Steely Dan with guitarists Denny Dias and Jeff "Skunk" Baxter, drummer Jim Hodder, and vocalist David Palmer. Donald Fagen played keyboards and sang, while Walter Becker played bass guitar. Steely Dan spent the next three years touring and recording before quitting touring in 1974, confining themselves to the studio with personnel that changed for every album. In addition to co-writing all of the band's material, Walter Becker played guitar and bass

Pretzel Logic, their album released in 1974, was the first Steely Dan album to feature Walter Becker on guitar. Once he had met Chuck Rainey, he explained, he felt there really was no need for him to be bringing his bass guitar to the studio anymore. Despite the success of the album "Aja" in 1977, Walter Becker endured some setbacks during this period, including an addiction to narcotics. After the duo returned to New York in 1978, Walter Becker's girlfriend, Karen Roberta Stanley, died of a drug overdose in his apartment, resulting in a wrongful death lawsuit against him. Soon after, Walter was hit by a cab in Manhattan while crossing the street and was forced to walk with crutches while recovering. His exhaustion was exacerbated by commercial pressure and the complicated recording of the album Gaucho. Walter Becker and Fagen suspended their partnership in June 1981.

Following Steely Dan's breakup, Walter Becker and his family moved to Maui in Hawaii and Walter ceased using drugs, stopped smoking and drinking, and became an "avocado rancher and self-styled critic of the contemporary scene."

During the 1980s, Walter produced albums for Michael Franks and Fra Lippo Lippi. He produced Rickie Lee Jones's album Flying Cowboys, which was certified Gold by the RIAA in 1997. In 1985, he produced the album 'Flaunt the Imperfection' by China Crisis and is credited on the album as a member of the band. Walter and Donald Fagen reunited in 1986 to collaborate on Zazu, the debut album by Rosie Vela. In 1991, Walter Becker appeared in Donald Fagen's New York Rock and Soul Revue.

Song:"Reelin' in the Years" by Steely Dan