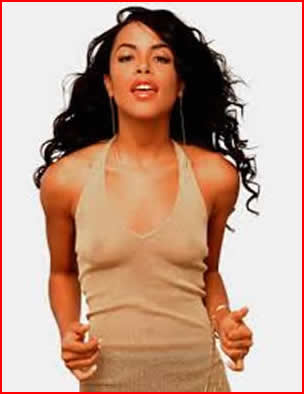 she and members of her record company boarded a light aircraft at the Marsh Harbour Airport in Abaco Islands, the Bahamas, to travel to the Opa-locka Airport in Florida. They had a flight scheduled the following day, but with filming finishing early, Aaliyah and her entourage were eager to return to the United States and made the decision to leave immediately. The designated airplane was smaller than the one on which they had originally arrived, but the whole party and all of the equipment were accommodated on board. The plane crashed shortly after takeoff, about sixty metres from the end of the runway and exploded.
Aaliyah and the eight others on board; pilot Luis Morales III, hair stylist Eric Forman, Anthony Dodd, security guard Scott Gallin, family friend Keith Wallace, make-up stylist Christopher Maldonado, and Blackground Records employees Douglas Kratz and Gina Smith were all killed. Gallin survived the initial impact and spent his last moments worrying about Aaliyah's condition, according to ambulance drivers. The plane was identified as being owned by Florida-based company Skystream by Kathleen Bergen, spokeswoman for the US Federal Aviation Administration in Atlanta.
According to findings from an inquest conducted by the coroner's office in the Bahamas, Aaliyah suffered from "severe burns and a blow to the head", in addition to severe shock and a weak heart. The coroner theorized that she went into such a state of shock that even if she had survived the crash, her recovery would have been nearly impossible given the severity of her injuries. The bodies were taken to the morgue at Princess Margaret Hospital in Nassau, where they were kept for relatives to help identify them. Some of the bodies were badly burned in the crash.
As the subsequent investigation determined, when the aircraft attempted to depart, it was over its maximum take-off weight by 700 pounds (320 kg) and was carrying one excess passenger, according to its certification. The National Transportation Safety Board report stated that "the airplane was seen lifting off the runway, and then nose down, impacting in a marsh on the south side of the departure end of runway 27 and then exploding in flames. It indicated that the pilot was not approved to fly the plane. Morales falsely obtained his FAA license by showing hundreds of hours never flown, and he may also have falsified how many hours he had flown in order to get a job with his employer, Blackhawk International Airways. Additionally, toxicology tests performed on Morales revealed traces of cocaine and alcohol in his system.
Aaliyah's funeral services were held on August 31st 2001, at the Frank E.Campbell Funeral Home and St. Ignatius Loyola Church in Manhattan. Her body was set in a silver-plated copper-deposit casket, which was carried in a glass horse-drawn hearse. An estimated 800 mourners were in attendance at the procession. Among those in attendance at the private ceremony were Missy Elliott, Timbaland, Gladys Knight, Lil' Kim and Sean Combs. After the service, twenty two white doves were released to symbolize each year of Aaliyah's life. Aaliyah was initially entombed in a crypt at the Ferncliff Mausoleum in Hartsdale, New York; she was later moved to a private room at the left end of a corridor in the Rosewood Mausoleum. The inscription at the bottom of Aaliyah's portrait at the funeral read: "We Were Given a Queen, We Were Given an Angel."

Aaliyah was born on 16th January 1979 in Brooklyn, New York,USA and was the younger child of Diane and Michael "Miguel" Haughton. Her name has been described as a female version of the Arabic "Ali"; however, the original Arabic and Jewish name "Aliya" derived from the Hebrew word "aliyah", and meant "highest, most exalted one, the best." Regardless of origin, the singer was highly fond of her Semitic name, expressing support by calling it beautiful and asserting that she was very proud of it. She thus spent her entire life striving to live up to her name every day. She had African American heritage and also had Native American heritage from one of her grandmothers. At a young age, Aaliyah was enrolled in voice lessons by her mother. She started performing at weddings, church choir and charity events. When she was five years old, her family moved to Detroit, Michigan, where she was raised along with her older brother, Rashad. She attended a Catholic school, where in first grade, she received a part in the stage play Annie. From then on, she was determined to become an entertainer. In Detroit, her father began working in the warehouse business, one of his brother-in-law, Barry Hankerson's, widening interests. Her mother stayed home and raised Aaliyah and her brother.
Throughout her life, she had a good relationship with her brother, which traced back to their childhood as Rashad reflected that growing up with Aaliyah was amazing He recalled her running around their home singing and that never being annoying due to her having a "beautiful voice". She and her brother became close with their cousin Jomo Hankerson, since growing up, they lived "about five blocks apart". Jomo walked Aaliyah and Rashad to their home from school when their mother was not able to pick them up and recalled the Haughton household being filled with music. Aaliyah's family was very close due to the struggles of her grandparents and when the Haughtons moved to Detroit, the Hankersons were ready to take them in if necessary. These same bonds led to ties in the music industry, under the Blackground Records label.
Aaliyah's mother was a vocalist, and her uncle, Barry Hankerson, was an entertainment lawyer who had been married to Gladys Knight. As a child, Aaliyah traveled with Knight and worked with an agent in New York to audition for commercials and television programs, including Family Matters; she went on to appear on Star Search at the age of ten. Aaliyah chose to begin auditioning while her mother made the decision to have her surname dropped. She auditioned for several record labels and at age eleven appeared in concerts alongside Knight. She had several pet animals in during her childhood, which included ducks, snakes and iguanas. Her cousin Jomo had a pet alligator, which Aaliyah felt was too much, remarking, "that was something I wasn't going to stroke."
Her grandmother died in 1991. Years after her death, Aaliyah said her grandmother supported everyone in the family and always wanted to hear her sing, as well as admitting that she "spoiled" her and her brother Rashad to death. She also enjoyed Aaliyah's singing and would have Aaliyah to sing for her. Aaliyah stated that she thought of her grandmother whenever she fell into depression. Aaliyah's hands reminded her of her aunt, who died when she was "very young" and Aaliyah referred to her as an "amazingly beautiful woman".
When she was growing up, Aaliyah attended Detroit schools and believed she was well-liked, but got teased for her short stature. She recalled coming into her own prior to age fifteen and grew to love her height. Her mother would tell her to be happy that she was small and compliment her. Other children disliked Aaliyah, but she did not stay focused on them. Even in her adult life, she considered herself small. She had learned to accept and love herself and added that the most important thing is to think highly of yourself because if you don't, no one else will.
During her audition for acceptance to the Detroit High School for the Fine and Performing Arts Aaliyah sung the song "Ave Maria" in its entirety in the Italian language.

Aaliyah, who maintained a perfect 4.0 grade point average when graduating from Detroit High School for the Fine and Performing Arts, felt education was important. She saw fit to keep her grades up despite the pressures and time constraints brought on her during the early parts of her career. She labeled herself as a perfectionist and recalled always being a good student. Aaliyah reflected that she always wanted to maintain that, even in high school when she first started to travel and wanted to keep that 4.0. Being in the industry, she said, I don't want kids to think, 'I can just sing and forget about school. I think it's very important to have an education, and even more important to have something to fall back on.' She did this in her own life, as she planned to "fall back on" another part of the entertainment industry. She believed that if she could teach music history or open her own school to teach that or drama if she did not make a living as a recording artist because, as she reasoned, "when you pick a career it has to be something you love" 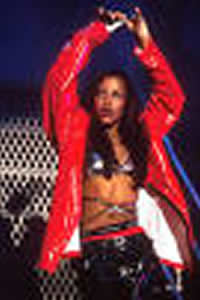 R. Kelly would have other allegations made about him regarding underage girls in the years following her death and his marriage to Aaliyah was used to evidence his involvement with them. He refused to discuss his relationship with her, citing that she was dead. "Out of respect for her, and her mom and her dad, I will not discuss Aaliyah. That was a whole other situation, a whole other time, it was a whole other thing, and I'm sure that people also know that. Aaliyah's mother Diane Haughton reflected that everything "that went wrong in her life" began with her relationship with R. Kelly. The allegations have been said to have done "little to taint Aaliyah's image or prevent her from becoming a reliable '90s' hitmaker with viable sidelines in movies and modeling.
Aaliyah was dating co-founder of Roc-A-Fella Records Damon Dash at the time of her death and, though they were not formally engaged, in interviews given after Aaliyah's death Dash claimed the couple had planned to marry. Aaliyah and Dash met through his accountant and formed a friendship. Dash has said he is unsure of how he and Aaliyah started dating and that the two just understood each other.
Dash expressed his belief that Aaliyah was the "one" and claimed the pair were not officially engaged, but had spoken about getting married prior to her death. Aaliyah publicly never addressed the relationship between her and Dash as being anything but platonic. In May 2001, she hosted a party for Dash's 30th birthday at a New York City club, where they were spotted together and Dash was seen escorting her to a bathroom. Addressing this, Aaliyah stated that she and Dash were just "very good friends" and chose to "keep it at that" for the time being. Just two weeks before her death, Aaliyah traveled from New Jersey to East Hampton, New York to visit Dash at the summer house he shared with Jay Z.
The couple were separated for long periods at a time, as Dash recalled that Aaliyah continuously shot films and would be gone for months often to come back shortly and continue her schedule. Dash was also committed to "his own thing", which did not make matters any better. Despite this, they were understanding that the time they had together was special. Dash remembered they would "be in a room full of people talking to each other and it felt like everyone was listening but it would be just us. It would be like we were the only ones in the room". Dash always felt their time together was essential and Aaliyah was the person he was interested in being with, which is why, as he claimed, they had begun speaking about engagement. The relationship was mentioned in the lyrics of Jay-Z's remix to her song "Miss You", released after her death.