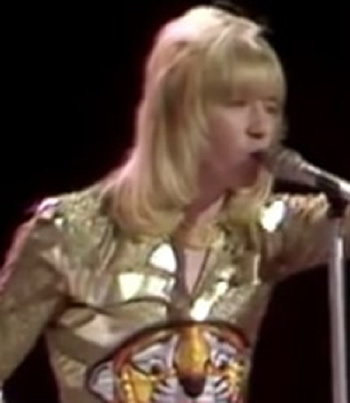 eet. BrianConnolly and his band continued to tour, both in the UK and Europe.
In 1994, Brian Connolly and his band played in Dubai. He appeared at the Galleria Theatre, Hyatt Regency. He also performed in Bahrain. By this time Brian Connolly had well and truly healed the differences with Steve Priest and Mick Tucker, as shown when he was invited to the wedding of Priest's eldest daughter, Lisa. At the private function, for which Priest specially flew back to England, Priest and Brian Connolly performed together.
In 1995, Brian released a new album entitled Let's Go. Available on CD, this was backed up at the time with merchandising as well. His partner Jean, whom he had met a few years earlier, gave birth to a son that year. In 1995, Jean finally managed to track down his missing biological family. It emerged that he had an aunt in Ontario, Canada who revealed that Brian Connolly's true birth mother had died in 1989. She also informed him that he had a living brother and sister, whom he met up with in England.
On 2 November 1996, British TV Network Channel 4 aired a programme "Don't Leave Me This Way", which examined Brian Connolly's time as a pop star with The Sweet and the subsequent decline in the band's popularity, and its impact on Brian Connolly and the other band members. The show revealed Brian Connolly's ill health but also that he was continuing with his concert dates at Butlins. Much has been written about the fact he was touring Butlins, in fact his appearances were nothing new; Brian Connolly and his band had appeared at Butlins consistently a number of times on tour during the early 1990s. Brian Connolly's final concert was at the Bristol Hippodrome on 5th December 1996, with Slade II and John Rossall's Glitter Band Experience.