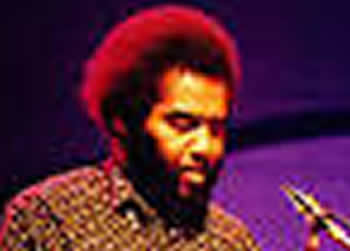 Cornelius Bumpus died aged fifty-eight of a heart attack on 3rd February, 2004 while on an airline flight from New York to California. He was survived by his wife, Linda, and their four children. The plane made an emergency landing in Sioux City, Iowa, so Cornelius could get medical assistance, but he had died by the time the plane landed.

Cornelius Bumpus began his musical career playing alto saxophone at age ten for his school band, and by age twelve he was playing at Luso-American dances. He attended Santa Cruz High School where he performed in the band and won the John Philip Sousa Award. He also played school dances with his own band, Corny and the Corvettes. In 1966 he was in Bobby Freeman's band and after that he began his association with many well-known groups. His role in these bands was primarily as a saxophonist. His most notable touring was with the Doobie Brothers with whom he was an on-off member from 1979 until 1993 and Steely Dan with whom he toured from 1993 to 2003.

In 2002, he worked on the Big Blue Earth project sponsored by the Church of Christ, Scientist. During the 1980s, Cornelius Bumpus enjoyed a short tenure with Café Society, a Los Angeles pop band, in which he played in a horn section with the trombonist Dan Levine and trumpeter Anne Petereit King.

In 1981, Cornelius Bumpus issued his first solo LP, A Clear View, which featured his singing, writing and sax playing, stretching out with the band on several, long, jazzy jams over six minutes each.