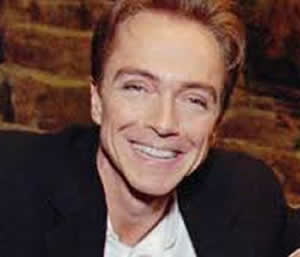 in Fort Lauderdale, Florida, U.S.A.. According to his daughter Katie, his last words were "So much wasted time".
On 20th February 2017, David Cassidy announced that he was living with dementia, the condition that his mother suffered from at the end of her life. He retired from performing in early 2017 when the condition took hold during a performance when he forgot lyrics to his songs.
On 18th November 2017, it was announced that David Cassidy had been hospitalized suffering from liver and kidney failure, and was critically ill in a medically induced coma. He came out of the coma two days later, remaining in a critical but stable condition. Doctors had hoped to keep David stable until a liver became available for a transplant,
David Cassidy's first wife was actress Kay Lenz, whom he married in April 1977, and divorced in December 1983.
Cassidy soon married his second wife, horse breeder Meryl Tanz, in 1984. They met in 1974 at a horse sale in Lexington, Kentucky. This marriage ended in divorce during the year after.

David's daughter, actress Katie Cassidy, was born in 1986 from a relationship with fashion model Sherry Williams. After David and Sherry ended their relationship, Katie was raised by her mother and stepfather Richard Benedon.
David Cassidy married Sue Shifrin in1991, his third and her second marriage. They had one child, Beau, in 1991. In August 2013, David Cassidy's Los Angeles publicist confirmed that the couple had separated, with Shifrin filing for divorce in February 2014.
David Cassidy moved to Fort Lauderdale, Florida, in 2002. He filed for bankruptcy in 2015.

On January 2nd 1969, David Cassidy made his professional debut in the Broadway musical The Fig Leaves Are Falling. It closed after four performances, but a casting director saw the show and asked David to make a screen test. In 1969, he moved to Los Angeles. After signing with Universal Studios in 1969, David was featured in episodes of the television series.

In 1970, David Cassidy took the role of Keith Partridge, son of Shirley Partridge, who was played by David's real stepmother and series lead Shirley Jones. The Partridge Family series creator Bernard Slade and producers Paul Junger Witt and Bob Claver did not care whether David Cassidy could sing, knowing only that his androgynous good looks would guarantee success. Shortly after production began, though, David convinced music producer Wes Farrell that he was good enough, and he was promoted to lead singer for the series' recordings.

Once "I Think I Love You" became a hit, David Cassidy began work on solo albums, as well. Within the first year, he had produced his own single, a cover of The Association's "Cherish" , which reached number nine in the United States, number two in the United Kingdom, and number one in Australia and New Zealand. He began tours that featured Partridge tunes and his own hits. David achieved far greater solo chart success in the UK than in his native America, including a cover of The Young Rascals' "How Can I Be Sure" and the double A-side single "Daydreamer" / "The Puppy Song", two UK number ones which failed to chart in the States. In Britain, David Cassidy the solo star remains best known for "Daydreamer", "How Can I Be Sure" and "Could It Be Forever", all released during his 1972–73 solo chart peak. Though he wanted to become a respected rock musician along the lines of Mick Jagger, his channel to stardom launched him into the ranks of teen idol, a brand he loathed until much later in life, when he managed to come to terms with his bubblegum pop beginnings.

Ten albums by The Partridge Family and five solo albums were produced during the series, with most selling more than a million copies each. Internationally, David Cassidy's solo career eclipsed the already phenomenal success of The Partridge Family. He became an instant drawcard, with sellout concert successes in major arenas around the world. These concerts produced mass hysteria, resulting in the media coining the term "Cassidymania". For example, he played to two sellout crowds of 56,000 each at the Houston Astrodome in Texas over one weekend in 1972. His concert in New York's Madison Square Garden sold out in one day and resulted in riots after the show. His concert tours of the United Kingdom included sellout concerts at Wembley Stadium in 1973. In Australia in 1974, the mass hysteria was such that calls were made to have him deported from the country, especially after the madness at his 33,000-person audience concert at Melbourne Cricket Ground.

A turning point in David Cassidy's live concerts (while still filming The Partridge Family) was a gate stampede which killed a teenage girl. At a show in London's White City Stadium on May 26, 1974, nearly 800 were injured in a crush at the front of the stage. Thirty were taken to the hospital, and one, 14-year-old Bernadette Whelan, died four days later at London's Hammersmith Hospital without regaining consciousness after the excitement and press of the crowd caused a pre-existing heart condition to trigger cardiac arrest. The show was the penultimate date on a world tour. A deeply affected David Cassidy faced the press, trying to make sense of what had happened. Out of respect for the family and to avoid turning the girl's funeral into a media circus, David did not attend the service, although he spoke to Whelan's parents and sent flowers. David Cassidy stated at the time that this would haunt him until the day he died.

By this point, David Cassidy had decided to quit both touring and acting in The Partridge Family, concentrating instead on recording and songwriting. International success continued, mostly in Great Britain, Germany, and Japan, when he released three well-received solo albums on RCA in 1975 and 1976. David Cassidy became the first recording artist to have a hit with "I Write the Songs", a top-20 record in Great Britain before the song became Barry Manilow's signature tune. David Cassidy's recording was produced by the song's author-composer, Bruce Johnston of The Beach Boys.
In 1978, David Cassidy starred in an episode of Police Story titled "A Chance to Live", for which he received an Emmy Award nomination. NBC created a series based on it, called David Cassidy: Man Undercover, but it was cancelled after one season.

David Cassidy later stated he was insolvent by the 1980s, despite being successful and highly paid. In 1985, music success continued with the Arista release of the single "The Last Kiss" (number six in the United Kingdom), with backing vocals by George Michael, which was included on the album Romance. These went gold in Europe and Australia, and David Cassidy supported them with a sellout tour of the United Kingdom, which resulted in the Greatest Hits Live compilation of 1986. Michael cit

ed David Cassidy as a major career influence and interviewed him for David Litchfield's Ritz Newspaper.
David Cassidy performed in musical theater. In 1981, he toured in a revival of a pre-Broadway production of Little Johnny Jones, a show originally produced in 1904 with music, lyrics, and book by George M. Cohan. David Cassidy, was a replacement for the lead in the original 1982 Broadway production of Joseph and the Amazing Technicolor Dreamcoat. David also appeared in London's West End production of Time and returned to Broadway in Blood Brothers alongside Petula Clark and his half-brother, Shaun Cassidy.

Cassidy returned to the American top 40 with his 1990 single "Lyin' to Myself", released on Enigma Records. In 1998, he had an adult contemporary music hit with "No Bridge I Wouldn't Cross" from his album Old Trick New Dog.
In 1995, David hosted the VH1 show 8-Track Flashback, which ran until 1998. In 1996, he replaced Michael Crawford in the Las Vegas show EFX, rewriting it into one of the Strip's favorite shows, although David was forced to resign after he injured his foot during a performance. He also created The Rat Pack is Back, in which he made guest appearances as Bobby Darin.

In 2000, David Cassidy wrote and appeared in the Las Vegas show At the Copa with Sheena Easton, as both the young and old versions of the lead character, Johnny Flamingo. His 2001 album Then and Now went platinum internationally and returned Davidto the top five of the UK album charts for the first time since 1974. In 2005, David Cassidy played the manager of Aaron Carter's character in the film Popstar. In 2006, as well as performing with Peter Furniss and Thomas Bowles, he made a guest appearance for BBC Children in Need performing live, then assisting Terry Wogan collecting donations from the studio audience. He co-starred alongside his brother Patrick in a 2009 ABC Family short-lived comedy series titled Ruby & The Rockits, a show created by Shaun.
David was one of the contestants on Celebrity Apprentice in 2011, in which his daughter Katie Cassidy made a brief appearance at her father's request. David was the first to be fired. In the following years, David Cassidy maintained a regular tour schedule, with concert appearances across the USA and the UK, until his retirement and death in 2017.

song: 'How Can I Be Sure' by David Cassidy