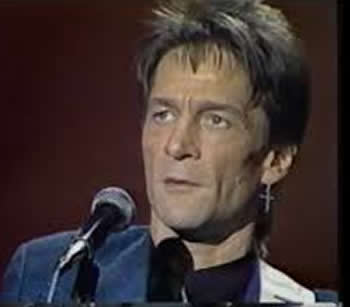 man, and Crosby to go on the road as "the Byrds" in an attempt to establish a claim to the rights to the name. Their effort failed this time; Gene Clark was not included in the reunion, primarily because of his involvement with the act that didn't include them. Crosby finally secured rights to the name in 2002.
So Rebellious a Lover, a duet album with the roots rock singer Carla Olson, released in 1987, was a modest critical success, but Gene Clark was increasingly afflicted with serious health problems, including ulcers and alcohol dependence. In 1988, he underwent surgery for the removal of much of his stomach and intestines.
A period of abstinence and recovery followed until Tom Petty's cover of "I'll Feel a Whole Lot Better", on his album Full Moon Fever (1989), yielded huge royalties to Gene Clark, who quickly resumed using crack cocaine and alcohol. The Byrds set aside their differences long enough to appear together at their induction into the Rock & Roll Hall of Fame in January 1991, at which the original lineup performed several songs together, including, perhaps paradoxically, Gene Clark's "I'll Feel a Whole Lot Better".