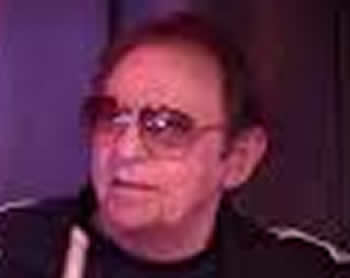 Hal was born Harold Simon Belsky on fifth February 1929 in Holyoke, Massachusetts, U.S.A. and began playing drums aged eight, later moving with his family to California in 1943.
Hal began his professional career playing overnight sessions in Chicago strip clubs, which allowed him to practice and perfect his sight reading skills. He subsequently played as part of Count Basie's big band and toured with Patti Page and Tommy Sands before taking up session work.

Unlike many of his jazz contemporaries, Hal Blaine enjoyed playing rock and roll and this led to him playing on numerous sessions during the 1950s. He was a core member of the Wrecking Crew, the close-knit group of Los Angeles session musicians that played on hit records during the 1960s.

Hal Blaine was a prolific session player and by his estimation played on over 35,000 recordings, including 6,000 singles. He is widely regarded as one of the most in-demand drummers in rock and roll history, having played on more hit records than any other drummer in the rock era.

His drumming can be heard as part of the Wall of Sound on the Ronettes' 1963 single "Be My Baby", produced by Phil Spector at Hollywood's Gold Star Studios.

The pattern was created when Hal Blaine accidentally hit the snare on just the fourth beat, instead of the two and four. It was a mistake that Phil Spector decided to leave in. Hal Blaine is also credited with popularising the "disco beat" after he recorded a "pshh-shup" sound by opening and closing the hi-hat at appropriate intervals on Johnny Rivers' "Poor Side of Town". "Hal Hal Blaine Strikes Again" was a rubber stamp used by Hal Blaine to mark music scores and places where he played.

song:'Be My Baby' by The Ronettes