Jack Bruce, died aged seventy-one from liver disease on 25th October 2014, in Suffolk, U.K. . He was survived by his wife, Margrit, as well as four children; 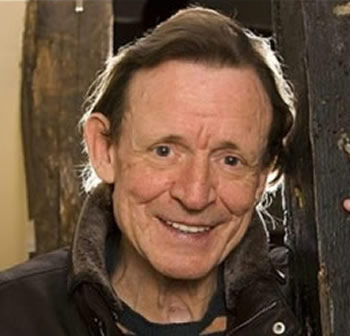 ther residency at Ronnie Scott's in London supported by his Big Blues Band, followed by a UK tour. The concert at the Stables, Milton Keynes on 18 March was due to be recorded as an Instant Live CD release, but technical issues prevented this. The following evenings' performance at the same location was recorded and a 2CD version issued by Instant Live.
'Spectrum Road', a collaboration with Vernon Reid, Cindy Blackman and John Medeski in tribute to The Tony Williams Lifetime, was released in June 2012 by the US jazz record label Palmetto Records and was accompanied by a series of dates at large jazz festivals in North America and Europe throughout June and July.
In March 2014, Jack Bruce released 'Silver Rails' on the Esoteric Antenna label, his first solo studio album in over a decade. Silver Rails was recorded at Abbey Road Studios in London, produced and mixed by Rob Cass and features contributions from Cream lyricist, Pete Brown, Kip Hanrahan and wife Margrit Seyffer as well as musicians Robin Trower, Cindy Blackman, Phil Manzanera, Uli Jon Roth, John Medeski and Bernie Marsden. The deluxe version of the album featured a behind the scenes documentary "The Making of Silver Rails" which was filmed on location at the studios and directed by Jack Bruce's daughter Kyla Simone Bruce. Jack Bruce's son Malcolm Bruce pre-produced the album and played guitar on several tracks, while his daughter Aruba Red was featured on "Hidden Cities" singing backing vocals.

song: 'Rope Ladder to the Moon' Written and performed by Jack Bruce.