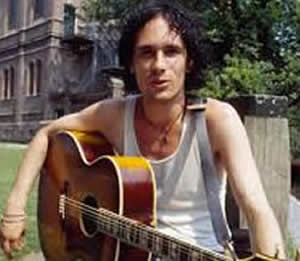 97 in Wolf River Harbor, Mississippi, U.S.A. Jeff's band had flown to Memphis intending to join him in his studio there to work on newly written material. Jeff went swimming in Wolf River Harbor, a slack water channel of the Mississippi River, while wearing boots and all of his clothing and singing the chorus of the song "Whole Lotta Love" by Led Zeppelin. He had gone swimming there several times before. After moving a radio and guitar out of reach of the wake from a passing tugboat, a roadie looked up to see that Jeff Buckley had vanished. Despite a determined rescue effort that night, Jeff remained missing. On June 4th, two locals spotted his body in the Wolf River and he was brought to land.
Jeff Buckley's autopsy showed no signs of drugs or alcohol in his system, and the death was ruled as an accidental drowning. The following statement was released from the Buckley estate:
Jeff Buckley's death was not "mysterious," related to drugs, alcohol, or suicide. We have a police report, a medical examiner's report, and an eye witness to prove that it was an accidental drowning, and that Jeff was in a good frame of mind prior to the accident.