Karen Carpenter died aged thirty-two on 4th February 1983 at Downey Community Hospital in Downey, California, U.S.A.. She had collapsed in her 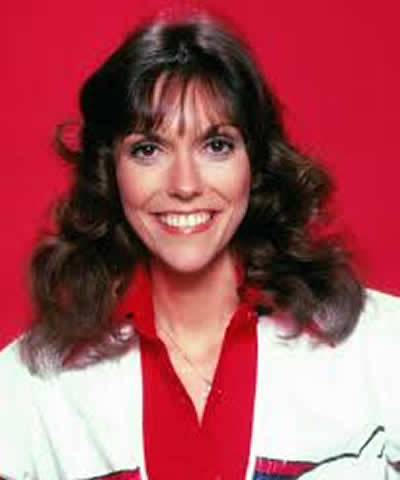 bedroom at her parent's home in Downey, California. Paramedics found her heart beating once every 10 seconds and Karen was taken to nearby Downey Community Hospital for treatment. By then in full cardiac arrest – she was pronounced dead twenty minutes later.
The acting Los Angeles County coroner performed the autopsy and the results were duly released by way of a press conference and accompanying press release. A drug or medication overdose was explicitly ruled out. The cause of Karen Carpenter's death was stated as 'emetine cardiotoxicity due to or as a consequence of anorexia nervosa.' What was not specified in the report was how the emetine got into Carpenter's system.
The March 11, 1983, press release for the autopsy did not use the word "ipecac" and the link between the use of ipecac syrup and Karen Carpenter's death was not made at that time. Media reports describing the primary cause of Karen Carpenter's death frequently used the phrase "'heartbeat irregularities brought on by chemical imbalances' associated with anorexia nervosa," phrasing used by Dr. Ronald Kornblum during the press conference. He explained in a 1985 interview, "It never occurred to me to mention ipecac. In my mind, emetine and ipecac are the same thing." Two years after Karen Carpenter's death, March 21, 1985, Kornblum was a part of a teleconference with other medical doctors. At that time, Kornblum explicitly stated that Karen Carpenter's heart failure was caused by repeated use of ipecac syrup, an over-the-counter emetic often used to induce vomiting in cases of overdosing or poisoning. During the teleconference, the process was explained "...over time, (emetine) attacks the heart muscle, ultimately causing disorders in the small electric impulses that coordinate the heart's beating. Those disorders lead to heartbeat irregularities, which in turn lead to death." Doctors on the 1985 conference call urged making ipecac syrup available only by prescription, or at the least, the addition of warning labels to the product.
The conclusion that Karen Carpenter's death was caused by chronic use of ipecac syrup was disputed by her mother and brother, who both stated that they never found empty vials of ipecac in her apartment, and have denied that there was any evidence that she had been vomiting. Richard has also expressed the belief that Karen was not willing to ingest ipecac syrup because of the potential damage that both the syrup and excessive vomiting would do to her vocal cords, and that she relied on laxatives alone to maintain her low body weight.
Dr. Richard Shepherd, a forensic pathologist, believed that Karen's abuse of ipecac syrup and synthroid contributed to her death along with the singer's anorexia and shrunken heart.
Karen Carpenter's funeral service took place on February 8, 1983, at the Downey United Methodist Church. Dressed in a rose-colored suit, Karen Carpenter lay in an open white casket. Over 1,000 mourners passed through to say goodbye, among them her friends Dorothy Hamill, Olivia Newton-John, Petula Clark, and Dionne Warwick. Karen Carpenter's estranged husband Tom attended her funeral, where he took off his wedding ring and placed it inside the casket. She was entombed at the Forest Lawn Memorial Park in Cypress, California. In 2003, Richard had Karen re-interred, along with their parents, in a newly constructed outdoor Carpenter family mausoleum at the Pierce Brothers Valley Oaks Memorial Park in Westlake Village, California, which is closer to his Southern California home.

Karen Carpenter lived with her parents until she was 24. In September and October 1971, two years after the Carpenters' debut album, she and her brother bought two apartment buildings in Downey as a financial investment. Formerly named the "Geneva", the two complexes were renamed "Only Just Begun" and "Close to You" in honor of the duo's first smash hits. Karen Carpenter bought two Century City apartments, gutted them, and turned them into one condominium. Located at 2222 Avenue of the Stars, the doorbell chimed the first six notes of "We've Only Just Begun". As a housewarming gift, her mother gave her a collection of leather-bound classic works of literature. Karen Carpenter collected Disney memorabilia, loved to play softball and baseball, and counted Petula Clark, Olivia Newton-John, and Dionne Warwi

ck among her closest friends.
Karen Carpenter dated a number of well-known men, including Mike Curb, Tony Danza, Terry Ellis, Mark Harmon, Steve Martin, and Alan Osmond After a whirlwind romance, she married real-estate developer Thomas James Burris on August 31, 1980, in the Crystal Room of the Beverly Hills Hotel. Burris, divorced with an 18-year-old son, was nine years her senior. A new song performed by Karen Carpenter at the ceremony, "Because We Are in Love", was released in 1981. Burris concealed from Carpenter, who desperately wanted children, the fact that he had undergone a vasectomy. Their marriage did not survive the deceit and ended after 14 months. In addition to that, Burris was said to have been broke and living well beyond his means, borrowing up to $35,000 and $50,000 at a time from his wife, to the point that she had only stocks and bonds left. He was also said to have been abusive towards her, often being impatient with Karen, who shared with close friends that she remained fearful when he would occasionally lose his temper with her. Close friend Karen Kamon recounted one incident where she and Karen Carpenter went to their normal hangout, Hamburger Hamlet, and Karen appeared to be distant emotionally, sitting not at their regular table but in the dark, and wearing large dark sunglasses, unable to eat and crying. According to Kamon, the marriage was "the straw that broke the camel's back. It was absolutely the worst thing that could have ever happened to her." In September 1981, Karen Carpenter revised her will and left everything to her brother and parents. Two months later, following an argument after a family dinner in a restaurant, Karen Carpenter and Burris broke up. Karen Carpenter filed for divorce while staying in Lenox Hill Hospital.

song: 'Make Believe It's Your First Time' by Karen Carpenter