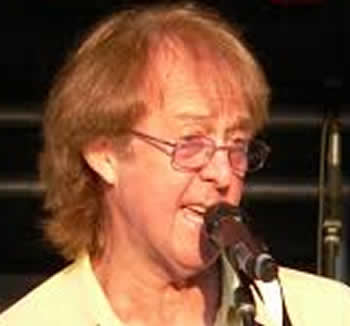 Spencer Davis died from pneumonia aged eighty-one on 19th of October, 2020 in Los Angeles, U.S.A. He was survived by his ex-wife, Pauline and their children; daughters Sarah and Lisa and their son Gareth.
Spencer was born in Swansea, South-West Wales, U.K. on 17th July 1939. His uncle Herman was a musical influence on Spencer while his father was away during World War Two and taught him to play harmonica while aged six. Spencer moved to London when he was sixteen and began working in the civil service as a clerical officer at the Post Office Savings Bank in Hammersmith and then for HM Customs and Excise but went back to school in Wales to study for A-levels in languages. In 1960, Spencer moved to Birmingham, to read German at the University of Birmingham and in music circles he was later known as "Professor".

Spencer's early musical influences were skiffle, jazz and blues; musical artists influencing him including Big Bill Broonzy, Huddy Ledbetter, Buddy Holly, Davey Graham, John Martyn, Alexis Korner and Long John Baldry. By the time Spencer was sixteen he was hooked on the guitar and the American rhythm and blues music making its way across the Atlantic. When Spencer moved to Birmingham as a student, he often performed on stage and formed a musical and personal relationship with Christine Perfect who later was a member of Fleetwood Mac.

In 1963, Spencer Davis went to the Golden Eagle in Birmingham to see the Muff Wood Jazz band, a traditional jazz band featuring Muff Winwood and his younger brother, Steve Winwood. Spencer Davis persuaded them to join him and drummer Pete York as the Rhythm and Blues Quartet with Spencer on guitar, vocals and harmonica, Steve Winwood on guitar, organ and vocals, Muff Winwood on bass and Pete York on drums. The group's live reputation attracted the attention of Island Records founder Chris Blackwell who signed the group to its first contract and became their manager. The Spencer Davis Group had number one hits in the UK with the consecutive single releases in 1966; "Keep On Running" and "Somebody Help Me". Steve Winwood sang lead vocals on all the Spencer Spencer Davis Gro

The Spencer Spencer Davis Group continued after Steve Winwood left to form Traffic in 1967 and recorded two more albums before splitting in 1969.
Spencer then moved to California and recorded an acoustic album with Peter Jameson, It's Been So Long, for Mediarts in mid-1971. He followed it with a solo album, Mousetrap, for United Artists, produced by and featuring Sneaky Pete Kleinow. Neither album sold well. Soon after, he moved back to the UK, formed a new Spencer Davis Group and signed with Vertigo Records. Moreover, Spencer Davis was an executive at Island Records in the mid-1970s. As a promoter for Island Records, Spencer Davis worked with Bob Marley, Robert Palmer and Eddie and the Hot Rods as well as promoting the solo career of former Spencer Davis Group member Steve Winwood.
In 1993, Spencer Davis formed the supergroup the Class Rock All-Stars but left them in 1995 to form World Classic Rockers with former Eagles bassist Randy Meisner, singer Bobby Kimball and guitarist Denny Laine.