Wayne Carson died aged seventy-two, on 20th July 20th 2015, in U.S.A. after suffering from various ailments including congestive heart failure.
Wayne Carson was born on 31st May 1943 in Denver, Colorado, to Odie and Olivia Head, who played music professionally under the pseudonym Thompson.
Wayne Carson wanted to pick up a guitar when he was about fourteen after hearing a recording by Merle Travis. He lived in several cities, including Denver, as a young man leading bands; and moved to Nashville, Tennessee in 1962. He initially used his parents' stage name, becoming known and credited as Wayne Carson Thompson, before dropping the last name and adopting the name Wayne Carson. 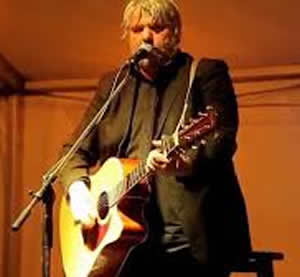 In the mid-1960's he returned to Springfield, where he began working with music publisher and promoter Si Siman. Together they pitched songs for years, but without success until Siman's friend and producer Chet Atkins took a liking to a tune called "Somebody Like Me" and wanted to have Eddy Arnold record it. Wayne Carson was taken aback when he got a call from Arnold, one of the most successful country acts of all time. "Eddie said, 'Wayne, I love the song, but it needs another verse'," Wayne Carson recalled. "So I said, 'Well, the third verse goes like this' and I just wrote it right there over the phone." The song became his first number one hit in late 1966, and spent four weeks on top of the country charts.
In 1967, he wrote another major hit, "The Letter", inspired by several pages of lyrics sent by his father. The song was an international hit for The Box Tops, and later for Joe Cocker and Leon Russell, and was nominated for two Grammys. Wayne Carson also wrote "Neon Rainbow" and "Soul Deep" for the Box Tops.
Carson's song "Always on My Mind" won Grammy awards in 1983 for Song of the Year and Best Country Song; in 1982 it reached No. 1 on the Billboard charts. The Country Music Association named it the Song of the Year in 1982 and 1983. Also in 1982, The Nashville Songwriters Association International named it Song of the Year and the Academy of Country Music named it Single of the Year.
In 1997, Wayne Carson was inducted into the Nashville Songwriters Hall of Fame.
Wayne Carson died aged 72 on July 20th 2015, after suffering from various ailments including congestive heart failure.