Dave Greenfield died aged seventy-one on 3rd May 2020 from 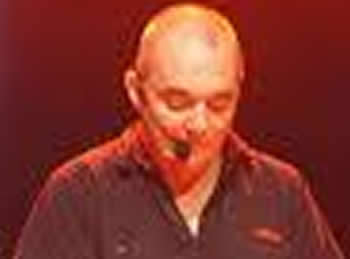 Coronavirus. He had been diagnosed with SARS-CoV-2 infection the week before his death, during an extended hospital stay for heart-related problems. Dave was survived by his wife, Pamela.
Hugh Cornwell, lead vocalist on the Strranglers biggest hit, "Golden Brown", tweeted on Twitter "Dave Greenfield was the difference between the Stranglers and every other punk band. His musical skill and gentle nature gave an interesting twist to the band. He should be remembered as the man who gave the world the music of 'Golden Brown.'"
Dave Greenfield was born in the English South coast seaside town of Brighton in Sussex and learned guitar from an older schoolmate. After leaving school he played for a year in bands at American military bases in Germany.  Dave Greenfield tried to develop a music career in Germany, and played in bands in Britain too while also working in his father's printing business and as a piano tuner.
Dave joined The Stranglers after auditioning in 1975, replacing Hans Warmling and played with them until his death. In 1981, he had produced the single "Back to France" by the band Boys in Darkness. Dave Greenfield and Jean-Jacques Burnel released an album together in 1983, Fire & Water (Ecoutez Vos Murs), which was used as the soundtrack for the movie 'Ecoutez vos murs', directed by Vincent Coudanne.

song:'Peaches: The Very Best of the Stranglers'