Bands: The Pirates, The Dakotas, Shanghai, 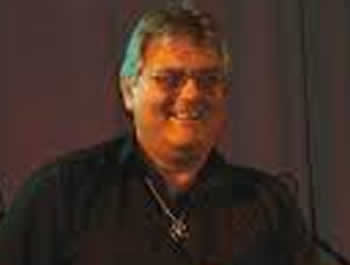 Karen, sons Lloyd and Brad and daughter-in-law Hannah who were all at his bed side.
Mick was born Michael Robert Green, in Matlock, Derbyshire and began his career in 1956, playing in a skiffle trio "The Wayfaring Strangers" who came second in a bands competition to pre-beatles, The Quarrymen. Mick Green joined Johnny Kidd & the Pirates in 1962, but then he left to join Billy J. Kramer with The Dakotas in 1964. His ability to play lead and rhythm guitar influenced a number of British guitarists to follow, including the Who's Pete Townshend and Dr.Feelgood's Wilko Johnson.
Mick Green's song "Oyeh!" was on Dr. Feelgood's debut album, 'Down by the Jetty'; and a song he co-wrote, "Going Back Home" appeared on Dr. Feelgood's 1975 'Malpractice' and the live album, 'Stupidity' in 1976. Mick Green was also a member of the band Shanghai, which released two albums, in 1974 and 1976 and included pre-rebel rouser Cliff Bennett on vocals.
Mick Green reformed the Pirates in 1976 , Johnny Kidd having died in 1966. Over the next five years they became one of the hardest-gigging bands on the road and released four albums: "Out Of Their Skulls" in 1977, "Skull Wars" in 1978, "Happy Birthday Rock'n'Roll" in 1979 and the ten-inch "A Fistful Of Dubloons" in 1981.
In the 1980's and 1990's, Mick Green played with, amongst others, Bryan Ferry, Van Morrison, Paul McCartney, Robert Plant and Lemmy, as well as the Pirates, with whom he continued to gig well into the 2000's. His other notable gigs included playing guitar for Van Morrison on the Pyramid Stage at the Glastonbury Festival in 2005, and with David Gilmour and Paul McCartney at the latter's return to the Cavern Club in support of his 'Run Devil Run' album in 1999. From 1999 to 2008, Mick Green performed regularly with the Van Morrison band. He also played guitar on 1999's 'Back on Top' and appeared on his other studio albums up until he was on five of the tracks on Van Morrison's 2008 album, 'Keep It Simple'. In 2007, Mick cut a six track mini-album, 'Cutthroat and Dangerous' in Finland with the Finnish rock'n'roll trio, Doctor's Order.

In February 2004, while on stage with Bryan Ferry in Auckland, New Zealand, Mick Green suffered a cardiac arrest. His life was saved by two doctors in the crowd and following his return to England and recovery he carried on playing. He suffered kidney problems in February 2009, partly connected with his earlier heart problem.
In his spare time Mick taught guitar privately, as well as at various local schools. He played the Fender Telecaster Custom produced in 1972 as his main guitar.

music:'Johnny Kidd & The Pirates - All the best (FULL ALBUM)