Dean Ford died aged seventy-two on 31st December 2018. He was survived by his daughter, Tracey McAleese-Gorman, who announced his death and described him as 'a gentle soul and great father'. 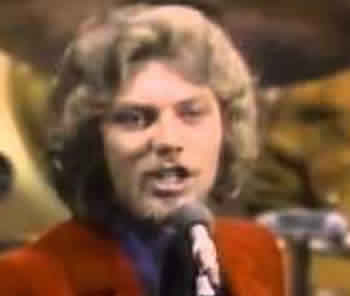 Dean Ford was born Thomas McAleese on 5th September 1946 in Airdrie, North Lanarkshire. U.K. He first began singing in public accompanying a jazz ensemble at the local Whifflet parish church dance hall. He formed his first musical group The Tonebeats at age thirteen, one of several he hooked up with during his teenage years. By the time he left Clifton High School in Coatbridge at age fifteen, he had been gaining some exposure as a featured singer. His break came after a performance with the Monarchs at the Barrowland Ballroom in Glasgow in 1963, where he was seen by members of the popular east Glasgow band The Gaylords and was subsequently invited to join the group as their singer
Soon afterwards Thomas McAleese adopted his stage name, Dean ford, which was a moniker he invented by combining the names Dean Martin and Tennessee Ernie Ford and thereafter The Gaylords were re-named Dean Ford and the Gaylords. With hopes of achieving more commercial success, Dean and the band relocated to London in 1965.
Three years later, Marmalade, with Dean as lead singer, became the first Scottish band to score a number one hit on the UK Singles Chart, also racking up many additional pop hits worldwide. In addition to his lead vocals, Dean Ford expanded his songwriting credits, co-writing "Reflections of My Life", "Rainbow", "My Little One", and "I See The Rain" and added instrumental support on harmonica and tambourine.
After several lineup changes, Marmalade was reduced to three band members by 1973, with Dean Ford being the lone founding member.

With the dissolution of the original Marmalade, Dean Ford embarked on a solo career and released a self-titled LP in 1975, produced by Alan Parsons. His collaboration with Parsons extended to a guest vocal appearance on Parsons' 1978 Pyramid album. Dean Ford also recorded one-off tracks with former Marmalade band member Hugh Nicholson.
After his solo album failed to chart, Dean Ford was subsequently released by his record label. Battling alcohol addiction, he moved to Los Angeles in 1979. Virtually unknown as a recording artist in the U.S.A, he was unable to cash in on his earlier success with Marmalade and his alcohol dependency forced him to essentially drop

out of the organized music business. With the help of Alcoholics Anonymous, Dean was sober by 1986 and he turned to music again by appearing in small clubs and open-mic venues whilst his royalties from his song; "Reflections of My Life" kept him financially afloat.

Dean Ford did not completely sever ties to his musical contemporaries. In 2003 he teamed up with a revamped The Sensational Alex Harvey Band, participating in an album tribute by well-known Scottish musicians to Glaswegian Frankie Miller, a fellow artist recovering from a brain hemorrhage. Dean's most recent collaboration was with former Badfinger guitarist Joe Tansin in 2012, including recording a notable latter day version of his biggest success, "Reflections of My Life".

With the support of crowdfunding, Dean Ford completed production of a second solo album of original material entitled Feel My Heartbeat. in 2017. He also released an album called My Scottish Heart, two months before his death.

song:'Reflections of My Life' by Marmalade