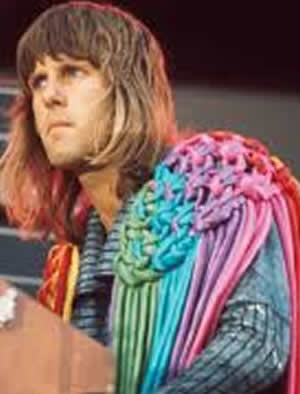 The group's name came from the application process for a US work visa, and the members included several British musicians who, like Keith Emerson, had come to Los Angeles to further their careers. The group turned down a record deal with Samsung because of Keith Emerson's commitment to an ELP reunion and Smith's involvement with a possible reformation of The Sweet.
Keith Emerson married his Danish girlfriend, Elinor, around Christmas 1969. They had two sons, Aaron and Damon, but later divorced. He later had a long-term relationship with Mari Kawaguchi.
Keith Emerson enjoyed flying as a hobby, and obtained his pilot's licence in 1972. When he moved to Santa Monica, California in the mid-1990s, John Lydon, who had openly and harshly criticized ELP during the 1970s when Lydon was a member of the punk band Sex Pistols, was Emerson's neighbour. The two became friends, with Lydon saying in a 2007 interview, "He's a great bloke".
In 1993, Keith Emerson was forced to take a year off from playing after he developed a nerve-related condition affecting his right hand that he likened to "writer's cramp" and that was also reported as a form of arthritis. According to Keith, this coincided with his divorce, his Sussex home burning down, and financial difficulties. During his time off, he ran marathons, customised a Harley-Davidson motorcycle, and wrote film scores and his autobiography, Pictures of an Exhibitionist, which opens and closes with an account of his illness and subsequent arm operation. By 2002 he had regained full use of his hands and could play to his usual strength.
In September 2010, Keith Emerson released a message stating: "During a routine medical examination, a colonoscopy revealed a rather dangerous polyp in my lower colon. It is the conclusion of the doctors here in London that I must undergo surgery immediately. Unfortunately, the timing of this urgent surgery does not allow me to start touring in early October because of the required period of hospitalization and recuperation. I must remain optimistic that all will turn out well".

music: 'Fanfare for the Common Man' by ELP