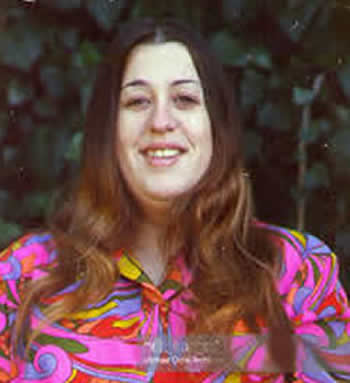 nces on TV's The New Scooby-Doo Movies, Young Dr. Kildare, Love, American Style, and The Red Skelton Show, among others.
In 1973, Cass Elliot hired as her manager Allan Carr, who was also managing the careers of Tony Curtis, Ann-Margret, and Peter Sellers. Carr felt Cass needed to leave pop and rock music altogether and head into the cabaret circuit, so a show was put together comprising old standards along with a few new songs written for her by friends. The act included Cass and two male singers who served as backing singers and sidekicks during the musical numbers. The title of the show was 'Don't Call Me Mama Anymore', named after one of the songs written by Elliot's friend Earle Brown. The song was born out of Cass's frustration with being identified as "Mama Cass".
The show debuted in Pittsburgh on February 9th 1973. Cass felt ready to tackle Las Vegas once again and premiered at the Flamingo. This time, she received rave reviews. The Las Vegas Sun wrote, "Cass Elliot, making a strong point that she is no longer Mama Cass, has a good act serving notice that she is here to stay. The audience was with her all the way... no empty seats anywhere." She then took her act to higher-echelon casinos and swankier nightclubs in cities throughout the country.
Cass was married twice, the first time in 1963 to James Hendricks, her groupmate in The Big 3 and The Mugwumps. This was reportedly a platonic arrangement to assist him in avoiding being drafted into the army during the Vietnam War; the marriage reportedly was never consummated and was annulled in 1968. In 1971, Elliot married journalist Donald von Wiedenman, heir to a Bavarian barony. Their marriage ended in divorce after a few months.
Cass gave birth to daughter Owen Vanessa Elliot on April 26, 1967. She never publicly identified the father, but many years later, Michelle Phillips helped Owen locate her biological father. After Cass Elliot's death, her younger sister, Leah Kunkel (then married to Los Angeles-based session drummer Russ Kunkel), received custody of Owen, then seven years old, and raised her along with her own son, Nathaniel. Owen grew up to become a singer as well and toured with Beach Boys member Al Jardine.
On April 22nd 1974, Cass collapsed before an appearance on The Tonight Show Starring Johnny Carson. She played it off in interviews as nothing more than exhaustion. Cass performed two weeks of concerts at the London Palladium later that summer, at the height of her solo career.

song: 'It's Getting Better' by Mama Cass.