Marvin Gaye died aged fourty-four on 1st April 1984, whilst in his bedr 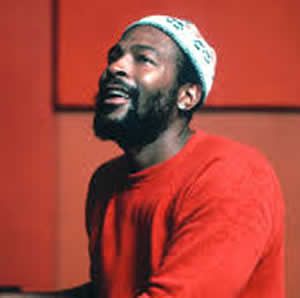 oom. His father Marvin Gay Sr. shot Marvin in the heart and then in his left shoulder. Minutes earlier, the two men had been involved in a physical altercation when Marvin intervened in a fight between his parents. The first shot proved to be fatal. Marvin Gaye was pronounced dead at 1:01 p.m. after his body arrived at California Hospital Medical Center.
After Marvin Gaye's funeral, his body was cremated at Forest Lawn Memorial Park at the Hollywood Hills. His ashes were later scattered into the Pacific Ocean. Initially charged with first-degree murder, Gay Sr.'s charges dropped to voluntary manslaughter following a diagnosis of a brain tumor and Marvin Gaye's autopsy revealing the singer had drugs in his system. Marvin Gay Sr. was later sentenced to a suspended six-year sentence and probation. He died at a nursing home in 1998.

appearance on Soul Train (his third appearance on the show) became Marvin Gaye's final television performances. Marvin Gaye embarked on his final concert tour, titled the Sexual Healing Tour, on April 18th 1983, in San Diego. The tour ended on August 14th 1983 at the Pacific Amphitheatre in Costa Mesa, California but was plagued by cocaine-triggered paranoia and illness. Following the concert's end, Marvin moved into his parents' house in Los Angeles. In early 1984, Midnight Love was nominated for a Grammy in the Best Male R&B Vocal Performance category, his 12th and final nomination.