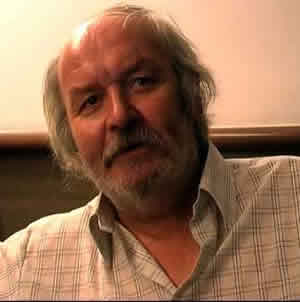 on Hospital in Preston, Lancashire, U.K.
In 2007, Keef Hartley had released an autobiography, Halfbreed (A Rock and Roll Journey That Happened Against All the Odds) written about his life growing up in Preston and his career as a drummer and bandleader, including the Keef Hartley Band's appearance at the Woodstock Festival in America in 1968.

Keef Hartley was born in Preston, Lancashire, U.K. and studied drumming under Lloyd Ryan, who also taught Phil Collins the drum rudiments. His career began as the replacement for Ringo Starr as a drummer for Rory Storm and the Hurricanes, a Liverpool-based band, after Ringo joined The Beatles. Subsequently he played and recorded with The Artwoods, then achieved some notability as John Mayall's drummer, including his role as the only musician, other than Mayall, to play on Mayall's 1967 "solo" record 'The Blues Alone'. He then formed The Keef Hartley Big Band, mixing elements of jazz, blues, and rock and roll; the group played at Woodstock in 1969. However, the band were the only artists that played at the festival whose set was never included on any officially released album, nor on the soundtrack of the film.
They released five albums, including Halfbreed and The Battle of North West Six.
While with John Mayall, Mayall had pushed Keef to form his own group. A mock-up of the "firing" of Hartley was heard on the Halfbreed album's opening track, "Sacked.". Keef Hartley, often dressed as an American Indian sometimes in full head-dress and war-paint, was a popular attraction on the small club scene. His was one of the few British bands to play the Woodstock Festival, where his critics compared him favourably with Blood Sweat And Tears. "The Battle Of NW6" in 1969 further enhanced his club reputation, although chart success still eluded him. By the time of the third album both Lowther and Jewell had departed; however, Keef Hartley always maintained that his band was like a jazz band, in that musicians could come and go and would be free to play with other aggregations.
After that Keef Hartley released a 'solo' album (Lancashire Hustler, 1973) and then he formed Dog Soldier.. They released an eponymous album in 1975, which had a remastered release in early 2011 on CD on the Esoteric label.
<<go to top>>

song: 'Shovel A Minor ' by The Keef Hartley Band