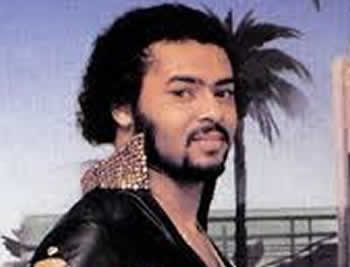 Marvin Isley died aged fifty-six on 6th June, 2010, from complications of diabetes in a hospital in Chicago, Illinois, United States of America. Marvin was survived by his wife, Sheila, his son, Cory, his daughters Sydney and Jalen and his brothers Ronald, Ernie and Rudolph.

In the summer of 1959 Marvin's family moved from Cincinnati, Ohio to a new home in Englewood, New Jersey where Marvin eventually graduated from Englewood's Dwight Morrow High School in 1972 and in 1976, he graduated from C.W. Post College with a degree in music.

Marvin began playing bass guitar while in high school and by the end of the decade was being tutored and mentored by his elder brothers alongside elder brother Ernie and their friend, Chris Jasper, who was an in-law. By 1971, Marvin began performing bass guitar on The Isley Brothers' album, Givin' It Back and within two years, he became an official member of the group. In addition to playing bass, Marvin also provided percussion and also wrote or co-wrote some of the group's hits including "Fight the Power", "The Pride" and "Between the Sheets".

Breaking away from the Isleys in 1984, Marvin, Ernie and Chris formed the trio, Isley-Jasper-Isley, who had a hit in 1985 with "Caravan of Love". This group broke up in 1988 after Ernie Isley signed a solo recording deal. Three years later, Marvin and Ernie reunited with Ron Isley to reform the Isley Brothers. Marvin remained a member until complications from his longtime battle with diabetes forced him into retirement in 1997. Having been diagnosed with diabetes in his early twenties, Marvin Isley's condition worsened to the point where he had to have both legs amputated. Marvin was inducted as a member of the Isley Brothers into the Rock and Roll Hall of Fame in 19