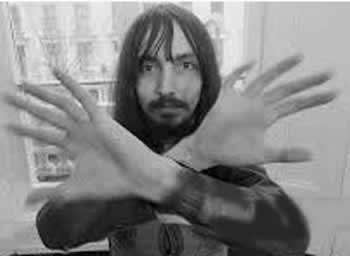 Paul Hammond died aged thirty-nine or forty in 1992 in London U.K. from an accidental drug overdose.

Born in 1952 in Marlow, Buckinghamshire, United Kingdom, Paul Hammond began playing drums at the age of twelve and joined his first band, The Farm, after winning a competition in the Melody Maker music newspaper.

When Atomic Rooster drummer Carl Palmer left the group to form Emerson, Lake & Palmer in the summer of 1970, he was replaced a few months later by Paul Hammond, joining vocalist & guitarist John Cann and keyboard player Vincent Crane. The band subsequently recorded the 'Death Walks Behind You' album in September of that year, followed by the hit singles "Tomorrow Night" and "Devil's Answer". After the recording of In Hearing of Atomic Rooster in the summer of 1971, Paul Hammond left the band along with Cann.

Paul Hammond and John Cann joined forces with singer Al Shaw and bass guitarist John Gustafson to form Daemon, later changing the name to Bullet, and then Hard Stuff. Paul Hammond recorded two albums with Hard Stuff before the band split up in 1973. That year he suffered serious leg injuries in a car accident in Belgium, and spent two years recovering.

In 1977 Paul Hammond was a member of T.H.E. with Pete Newnham (Cockney Rebel) and Mike Marchant (Third Ear Band), and an unsuccessful single, "Rudi", was released under the name of Pete Newnham. Paul Hammond later joined The Intellektuals, an art punk band from London, led by Jack Hues and Nick Feldman. After the group split in 1978, Paul Hammond then worked on John Du Cann's solo album and in 1980 he rejoined Atomic Rooster, which then once again consisted of Paul Hammond, John Du Cann and Vincent Crane. After John Du Cann had left again, and the band recorded the unsuccessful 'Headline News' album in 1983, Atomic Rooster broke up for good.