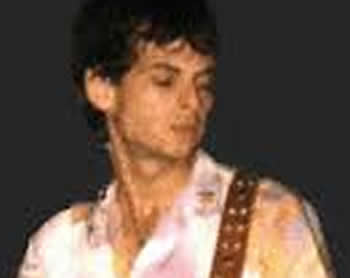 Paul Jeffreys died aged thirty-six, along with his wife , Rachel on 21st December, 1988 when their Pan Am Flight 103 on the way to their honeymoon exploded, the wreckage falling over the town of Lockerbie, Scotland.
Paul Avron Jeffreys was born on 13th February 1952 and was an English rock musician, playing bass guitar in Cockney Rebel between 1972 and 1974, working on the group's first two albums and later working with other British bands, including Be-Bop Deluxe from 1974 to 1980 and Electric Eels until 1981.

Paul grew up above his parents dry cleaning shop in East Ham, London, U.K. and lived and loved music and was apparantly a great admirer of the legendary Captain Beefheart..