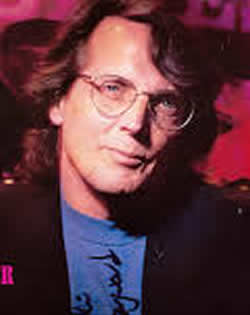 ns due to liver cancer. He played his final live performance in July, 2010 when he played drums with Little Feat at the Vancouver Island Music Festival in Canada. He died after contracting pneumonia, which became fatal because his lungs had been damaged by untreated adult respiratory fibrosis. Richie was survived by wife, Shauna and his son, Severin.
In 2009 it was announced that he was being treated for a liver condition, later identified as cancer. He had moved to Vancouver Island with his Canadian wife, Shauna Drayson, whom he married in 2008, but did not qualify for state medical treatment and had no medical insurance. With his treatment costs running at five thousand dollars per week and a liver transplant in prospect, Little Feat and numerous friends, fans, fellow musicians and the Sweet Relief Musicians Fund organised benefit concerts and eBay auctions to raise money for Richie hayward's treatment.

Richard Hayward was born on 6th February 1946 in Clear Lake, Iowa, U.S.A. He took his first steps into the world of drumming by banging out rhythms on an orange crate. By the time he was 10, he was developing his own style, and soaking up the music of jazz and R&B artists such as Miles Davis, Ray Charles, Sonny Rollins and Dave Brubeck.
Having acquired a set of real drums, Richie played his first gig at the Moose Lodge in Nevada, Iowa, on New Year's Eve 1959. He later bought a plane ticket to Los Angeles and after a stint with the Rebels, he answered an advertisement in the LA Free Press in 1966 which read "Drummer Wanted, Must Be Freaky", and was recruited into the Factory, an offshoot from Frank Zappa's Mothers of Invention. Despite Frank Zappa producing some tracks for them, the Factory fizzled out, though not before making an appearance in the TV sitcom F Troop, billed as the Bed Bugs. However, the Factory's guiding light, the singer, songwriter and guitarist Lowell George, had ambitions to build a new band, and set about forming what would become Little Feat.
The early Little Feat was a raw, bluesy outfit with a surreal line in songwriting. After being turned down by Atlantic's Ahmet Ertegun, they signed a deal with Warner Bros, also home to Neil Young, Ry Cooder and Randy Newman. Their first album, Little Feat (1971), bristled with beefy rock epics such as Hamburger Midnight, driven from the back by Richie Hayward's piledriving beat, alongside gutbucket blues and George's classic truck-driving song, Willin'. However, setting a pattern for the band's career, the disc was adored by discerning critics and ignored by the public. The follow-up, Sailin' Shoes in 1972, was richer, stranger and more ambitious, but continued lack of sales caused despondency and a temporary break-up of the band.
When they returned for 1973's Dixie Chicken, Little Feat had morphed into a six-piece with a swampy, Louisiana-like slant to their sound with Richie Hayward proving himself adept in the rolling gait of the title track or in such funk-inflected pieces as Two Trains or Fat Man in the Bathtub. Dixie Chicken was one of the best albums of 1973, but when it sold a paltry 30,000 copies, the band was thrown into renewed crisis. Tensions over their lack of progress even caused George to sack Richie Hayward temporarily but they were rescued when their management discovered a cheap studio in Maryland, called Blue Seas, where they set about what would surely be their final roll of the dice.
The result was Feats Don't Fail Me Now in 1974, a seething brew of rhythmic ingenuity ,spectacularly so in its opening track, Rock and Roll Doctor and formidable collective songwriting. Miraculously, the album sold one hundred and fifty thousand copies and staved off financial collapse. The Last Record Album in 1975 was a less cohesive effort, but continued the group's upward commercial progress. In hindsight, there is bleak irony in the way George chose to decorate the album's sleeve with the medical bills racked up by Richie Hayward following a serious motorcycle accident. During his final illness, when he had moved to Canada, Richie Hayward's lack of medical insurance left him facing huge bills for treatment.
Little Feat's glimpse of fame and fortune was undermined by George's own declining health, caused by a regime of epic party-going and drug abuse. His role wa

s conspicuously diminished on Time Loves a Hero in 1977 and although the live album Waiting For Columbus the following year brought the band their first gold disc, the George who appeared on it was clearly no longer the leader of his own band. Little Feat split for the last time, George departing to make a solo album. He was touring with a new band in June 1979 when he suffered a fatal heart attack.
Though devastated by George's death, Little Feat's highly regarded survivors found themselves in demand for session work. The whole band had recorded with Robert Palmer on his 1975 album Pressure Drop, while Richie Hayward had played sessions with Ry Cooder, John Cale, the Doobie Brothers, Peter Frampton, Carly Simon and Arlo Guthrie, and with the long-term Feat ally Van Dyke Parks. Among many other engagements, Richie Hayward was recruited by Joan Armatrading for her 1979 Steppin' Out tour, and Robert Plant, with whom he toured in 1983. In 2005, Richie Hayward toured with one of his long-time idols, Bob Dylan.
In 1988, they finally felt the time was right to attempt a reunion, and in place of George they recruited the guitarist Fred Tackett and the vocalist Craig Fuller. Let It Roll was the first of a sequence of "new" Little Feat albums, and was a pleasant surprise for fans, though none of the comeback discs have matched the best of their work with George. The band have toured regularly over the past 20 years. Along the way, Richie Hayward found time to perform with the jazz-funk outfit Endangered Species, who released an album in 2001.