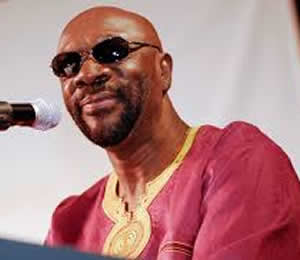 Isaac Hayes was born 20th August nineteen forty-two in a tin shack in Covington, Tipton County, Tennessee, U.S.A.. He was the 2nd child of Eula and Isaac Hayes, Sr. After his mother died young and his father abandoned his family, Isaac, Jr., was raised by his maternal grandparents, Mr. and Mrs. Willie Wade. As the child of a sharecropper family, he grew up working on farms in Shelby County, Tennessee, and in Tipton County. At age five Isaac began singing at his local church and taught himself to play the piano, the Hammond organ, the flute, and the saxophone.
Isaac Hayes dropped out of high school, but his former teachers at Manassas High School in Memphis encouraged him to complete his diploma, which he did at age twenty-one. After graduating, Isaac was offered several music scholarships from colleges and universities. He turned down all of them to provide for his immediate family, working at a meat-packing plant in Memphis by day and playing nightclubs and juke joints several evenings per week. His first professional gigs, in the late nineteen fifties, were as a singer at Curry's Club in North Memphis.
Isaac Hayes fathered twelve children. His first marriage was to Dancy Hayes in nineteen sixty but ended in divorce. His second marriage was to Emily Ruth Watson on November 24th nineteen sixty-five. This marriage also ended in divorce in nineteen seventy-two. Children from this marriage included Vincent Eric Hayes, Melanie Mia Hayes, and Nicole A. Hayes. Isaac later married bank teller Mignon Harley on April 18th, 1973, and then divorced in nineteen eighty-six. They had two children. Isaac Hayes and his wife were eventually forced into bankruptcy, owing over six million dollars.
Isaac's fourth wife, Adjowa, gave birth to a son named Nana Kwadjo on April 10th 2006. He also had one son to whom he gave his name, Isaac Hayes III, known as rap producer Ike Dirty. Isaac's eldest daughter is named Jackie.
Isaac Hayes took his first Scientology course in 1993 and later contributed endorsements for many Scientology books over the following years. In nineteen ninety-six, Isaac Hayes began hosting The Isaac Hayes and Friends Radio Show on WRKS in New York City. Whilst there, Isaac became a customer of a young vegan raw food chef named Elijah Joy and his company Organic Soul.
The Isaac Hayes Foundation was founded in 1999. In February 2006, Isaac Hayes appeared in a Youth for Human Rights International music video called "United"; YHRI being a human rights group founded by the Church of Scientology. He was also involved in other human rights related groups such as the One Campaign. Isaac Hayes was crowned a chief in Ghana for his humanitarian work and economic efforts on the country’s behalf. 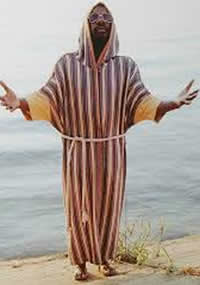 rey Parker and Matt Stone.
During the spring of 2008, Isaac Hayes shot scenes for a comedy about soul musicians inspired by the history of Stax Records entitled Soul Men, in which he appears as himself in a supporting role. His voice can be heard in the film in a voice-over role as Samuel L. Jackson, Bernie Mac (who died the day before Hayes), and Sharon Leal's characters are traveling through Memphis, Tennessee. His first actual appearance in the film is when he is shown in the audience clapping his hands as The Real Deal does a rendition of Isaac Hayes's 1971 hit song "Do Your Thing." His next appearance consists of him entering The Real Deal's dressing room to wish them luck on their performance and shaking hands with Louis Hinds (played by Jackson) and Floyd Henderson (played by Mac). During this scene, Isaac Hayes also helps Hinds reunite with his long-lost daughter Cleo (played by Leal). His final appearance in the film consists of him introducing The Real Deal to the audience. The film was released on November 7th 2008. Two months after his death, the South Park episode "The China Probrem" was dedicated to him.