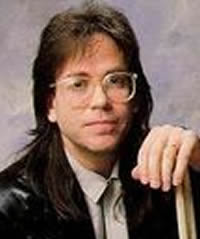 the swimming pool of his Point Arena, California home.

Jim Hodder was born in the small Long Island hamlet of Bethpage, New York in 1947. He graduated from Plainedge High School in the Plainedge Union Free School District in 1965 and relocated thereafter to the Boston area of Massachusetts, U.S.A. where he became active in the local music scene.
As drummer and lead vocalist, he joined the Boston-based psychedelic rock group The Bead Game. The group built a local following before attracting the attention of Avco Records and producer Gary Kannon, later known as Gary Katz. Their first album, Baptism, was cancelled, though it would receive a posthumous release in 1996 with a limited run. In 1970 they appeared in the film The People Next Door in which they performed two songs, and soon thereafter recorded the album Easy Ridin' as part of the collective Freedom Express. 1970 also saw the release of the band's only proper album, Welcome, on Avco/Embassy. This album showcased a late psychedelic/early progressive crossover sound, and featured Jim Hodder singing lead vocals on all tracks.
In 1972, Jim Hodder accepted an invitation from Katz and Boston guitarist Jeff "Skunk" Baxter to relocate to Los Angeles and join Steely Dan, a new group built around songwriters Donald Fagen and Walter Becker with whom the two were working. He made the move with his girlfriend Kathi Kamen Goldmark, later a successful author and musician. He barely knew the other band members prior to beginning the tracking for their first records.
Jim Hodder acted as the group's drummer, but was also given occasional lead vocal duties thanks to Donald Fagen's insecurities as a vocalist. He sang lead on "Dallas", the A-side of the initial Steely Dan single, and on "Midnite Cruiser" from the debut album, Can't Buy a Thrill. The band soon embarked upon extensive touring in the wake of their early commercial success. Jim Hodder appeared on Countdown to Ecstasy, a band-focused effort recorded the following year after the group's sound had cohered on the

road.
Although still a band member, Jim played a diminished role on the studio-oriented third LP, 1974's Pretzel Logic. With the drumming handled by session musician Jim Gordon and future Steely Dan member Jeff Porcaro, Jim Hodder's role on the album was relegated to backup vocals. The touring band assembled to promote the record featured simultaneous drumming from both Porcaro and Jim Hodder who was initially uncomfortable with the idea, but later acknowledged the creative potential of the setup. Both he and Baxter left the group

after the tour, as Becker and Fagen relegated band activity to studio sessions with guest musicians.
Jim Hodder continued working as a session musician. He played drums on Linda Ronstadt's 1974 single "You're No Good", and tracks on the 1976 albums Nine on a Ten Scale by Sammy Hagar and Sibling Rivalry by The Rowans. He later appeared as the sole drummer on David Soul's Playing to an Audience of One and Rocky Sullivan's 1984 Caught in the Crossfire record.
<<go to top>>