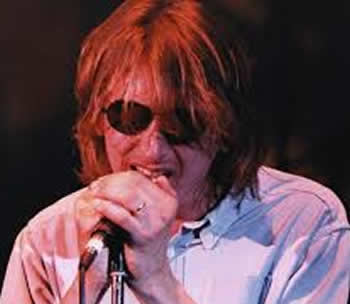 illness from which he never recovered. He was survived by his wife and two sons.
From 1998, Mark Hollis lived in Wimbledon, London, U.K. with his wife and his two children. Mark's desire to spend more time with his family was a major reason that Talk Talk stopped touring after 1986 and his reason for retiring from the music industry in 1998.
Mark Hollis was born on 4th January 1955 in Tottenham, London. He an elder brother, Ed and a younger brother. Not much is recorded about his early life since Mark was a reluctant in doing interviews throughout his career. He attended Tollington School, a now-defunct grammar school in Muswell Hill, London. In one interview, he claimed to have stopped pursuing an education before he had completed his A-levels; in another, he stated that he had taken a course in child psychology at the University of Sussex but dropped out after eighteen months. Between school and the launch of his music career, Mark worked in factories and as a laboratory technician. Reflecting on this period in his life, he later said that he could never wait to get home and start writing songs and lyrics and all day long he'd be jotting ideas down on bits of paper and just waiting for the moment when he could put it all down on tape!
Ed Hollis, Mark's older brother, mentored Mark and introduced him to the music industry. Ed was a disc jockey, producer and manager of several bands, including the pub-rock group Eddie and the Hot Rods. With Ed's encouragement and assistance, Mark formed his first band, The Reaction. Emerging in the post-punk era, the Reaction's sound reflected Mark Hollis's interest in early garage rock as found on the compilation 1972 album Nuggets. In a later interview, Mark Hollis said that up until punk there was no way he could have imagined he could get a record deal because he didn't think he could play.
In 1977, The Reaction recorded a demo for Island Records. A song from the demo, "Talk Talk Talk Talk", featured on the punk compilation Streets, released by the record-store chain and fledgling label Beggars Banquet. Written by Mark Hollis, "Talk Talk Talk Talk" is an early version of Talk Talk's 1982 debut single, "Talk Talk". George Gimarc noted the Reaction's rendition of the song is about twice as fast and has "a completely different feel" than the 1982 version. Island released the Reaction's only single, "I Can't Resist", in 1978. George Gimarc likened "I Can't Resist" to early works by the Hollies and the Who. The Reaction disbanded the following year.
Around this time, Mark Hollis's musical outlook broadened a lot. He began to listen to progressive rock like King Crimson and Pink Floyd, which were considered unfashionable in the punk era. His brother Ed introduced him to a wider range of music including jazz, particularly John Coltrane and Ornette Coleman. Miles Davis's collaborations with arranger Gil Evans on Porgy and Bess and Sketches of Spain had a lasting impact on Mark. He later said Davis and Evans's work together had space, tight arrangement and technique but it also has movement within it and said those two albums were extremely important albums to him then and they still were, because the values they work with are faultless.
Mark Hollis was best known for being the lead singer and primary songwriter of the band Talk Talk between 1981 and 1991. He was praised for his "always remarkable voice" and, along with Talk Talk's producer Tim Friese-Greene, took the lead in evolving the band's style from New Romantic into the more experimental a

nd contemplative style that later became known as post-rock. Mark Hollis has been credited with saying that before you play two notes, learn how to play one note and don't play one note unless you've got a reason to play it. He also commented that the silence is above everything, and he would rather hear one note than he would two, and he would rather hear silence than he would one note. In 1982, Mark cited his greatest influences as Burt Bacharach and William Burroughs.
Talk Talk disbanded in 1991. In 1998, Mark Hollis released an eponymous solo debut album, Mark Hollis. In an interview at the time, he said: "To me the ultimate ambition is to make music that doesn't have a use by date, that goes beyond your own time." He also said: "Technique has never been an important thing to me. Feeling always has been, and always will be, above technique."
According to newspaper articles, he then largely retired from making music. He stated about his decision to retire from performing, "I choose for my family. Maybe others are capable of doing it, but I can't go on tour and be a good dad at the same time." Despite Mark Hollis' absence from the public eye, he continued to be mentioned in the music press as an example of an artist who refused to sacrifice his artistic ambition for commercial success, and as a yardstick for current artists. His withdrawal from the public continued to fascinate music critics. By the time his solo album was released, Mark Hollis had moved back from the countryside to London in order to give his children a more cosmopolitan environment.
He participated in occasional musical projects, including playing melodica and bass guitar on Anja Garbarek's 2001 album Smiling & Waving, as well as producing two tracks on it. In 2004, Mark Hollis resurfaced briefly to receive a Broadcast Music Inc. Award for having written "It's My Life". In 2012, a piece of specially commissioned music by Mark Hollis entitled "ARB Section 1", was used in the American political television drama series 'Boss'.

song: 'Life's What You Make It' by Talk Talk