Jimmy McCulloch died aged twenty-six on 27th September 1979. He was 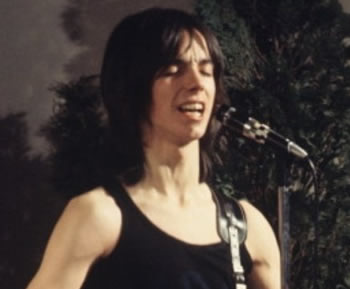 discovered dead by his brother at his flat in Maida Vale, London, UK. An autopsy found that Jimmy McCulloch had died of heart failure due to morphine and alcohol poisoning.
Jimmy was born in Dumbarton and grew up in Clydebank and Cumbernauld, Scotland. He got inspiration to play guitar from Django Reinhardt records and began to play at the age of eleven and made his performance debut as the guitarist for the Jaygars, which was later known as One in a Million. One in a Million performed live in support of The Who during their tour of Scotland in 1967. That year, One in a Million released their "Fredereek Hernando"/"Double Sight" single on MGM. Double Sight, a CD compilation of these and other songs written and recorded by the band, was released in 2009.
In April 1967, Jimmy McCulloch played lead guitar for the Utterly Incredible. That year, he played guitar for One in a Million, which performed live at The Upper Cut and other London venues.
Jimmy McCulloch first rose to fame in 1969 when he joined the band Thunderclap Newman. The band enjoyed a UK Number One hit with "Something in the Air" that year. Thunderclap Newman's album, Hollywood Dream, on which Jimmy McCulloch's title instrumental then and his song "I See It All" later appeared, sold well but was not as successful as their hit single. From January 1971 until mid-April 1971, the band had toured England, Scotland, Holland, and Scandinavia before they disbanded.
In October 1971, Jimmy played guitar in concert with John Mayall and the Bluesbreakers in England and Germany. On 31st October 1971 Jimmy's band Bent Frame made its performance debut in London. The band subsequently renamed itself the Jimmy McCulloch Band and toured England and Scotland in support of Leslie West's Mountain in February 1972. By then, Jimmy had done session work for Klaus Voorman, Harry Nilsson, Steve Ellis, John Entwistle, and others.
In June 1972, Jimmy McCulloch joined the blues rock band 'Stone the Crows' to replace guitarist Les Harvey, who had been electrocuted on stage. Jimmy helped Stone the Crows to complete their Ontinuous Performance album by playing on the tracks "Sunset Cowboy" and "Good Time Girl". Stone the Crows broke up in June 1973.
In 1973, Jimmy McCulloch played guitar on John Keen's album, Previous Convictions, had a brief stint in Blue and he played guitar on Brian Joseph Friel's debut album under the pseudonym 'The Phantom'.
Jimmy McCulloch joined Paul McCartney's Wings in August 1974. His debut track with them was "Junior's Farm". Jimmy composed the mu

sic score of the anti-drug song "Medicine Jar" on Wings' Venus and Mars album and the similar "Wino Junko" on the band's Wings at the Speed of Sound album. He also sang both. Colin Allen, former drummer for Stone the Crows, wrote the lyrics of both songs.
During his time with Wings, Jimmy McCulloch formed White Line with his brother Jack on drums and Dave Clarke on bass, keyboards and vocals. They played several impromptu gigs and released a single, "Call My Name"/"Too Many Miles". A 13-track album, White Line – Complete, was released in 1994 on Clarke's Mouse Records. Jimmy McCulloch and White Line had appeared on the British TV programme Supersonic on 27 November 1976. In addition, Jimmy recorded and produced two unreleased songs by The Khyber Trifles and occasionally performed live with the band. He also played guitar on Roy Harper's album, Bullinamingvase, and Ricci Martin's album, Beached, in 1977.
In September 1977, Jimmy McCulloch left Wings to join the reformed Small Faces during the latter band's nine date tour of England that month. He played guitar on the Small Faces' album, '78 in the Shade'. In early 1978, Jimmy started a band called Wild Horses with Brian Robertson, Jimmy Bain and Kenney Jones, but both he and Jones left the band soon afterward. In 1979, Jimmy McCulloch joined the Dukes. His last recorded song, "Heartbreaker", appeared on their only album, 'The Dukes'.
A melodic, heavily blues-infused guitarist, Jimmy McCulloch normally used a Gibson SG and a Gibson Les Paul, and he occasionally played bass when Paul McCartney was playing piano or acoustic guitar.