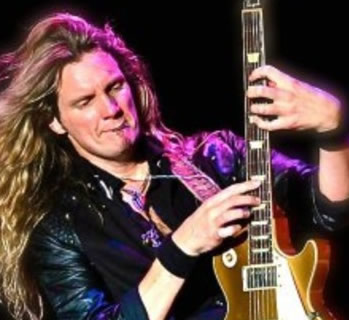 76 from a pulmonary embolism during a flight from Los Angeles to New York after a blood clot in his leg shifted to his lung. He was cremated and interred at the Golders Green Crematorium, London, U.K. His epitaph reads "All Right Now".
Paul Kossoff started playing the guitar in the mid-1960s, being taught by session guitarist Colin Falconer, and at the age of fifteen was a founder member of the band Black Cat Bones. The band played with touring blues piano player Champion Jack Dupree, often supporting Fleetwood Mac and other gigs with Fleetwood Mac co-founder Peter Green. Kossoff's bandmate in Black Cat Bones was drummer Simon Kirke, and the two went on to play on a Champion Jack Dupree 1968 album.
In April 1968, Paul Kossoff and Kirke teamed up with Paul Rodgers (vocals) and Andy Fraser (bass) to form Free. They toured for two years, during which they recorded two albums: Tons of Sobs (1968) and Free (1969). Both albums showcased the band's blues- and soul-influenced sound, a style that was in contrast to some of their progressive and heavier counterparts at the time.
Success came in 1970 when their third album, Fire and Water , spawned the hit "All Right Now". Free played the Isle of Wight festival to both audience and critical acclaim. Sell-out tours in the United Kingdom, Europe, and Japan followed, but after the release of the next album, Highway in 1970, band pressures led to a split. The live album Free Live, recorded in 1970, was released in 1971 as a farewell record. While Rodgers and Fraser pursued unsuccessful solo projects, Paul Kossoff and Kirke teamed up with Texan keyboard player John "Rabbit" Bundrick and Japanese bass player Tetsu Yamauchi to release the 1971 album Kossoff, Kirke, Tetsu and Rabbit.
Free reformed and released the album Free at Last in 1972. Following its release, Fraser decided he had had enough, and quit to form Sharks. Free drafted Tetsu and Rabbit for Free's 1973 album Heartbreaker in 1973 after which the group disbanded.
Paul Rodgers and Kirke went on to form the successful band Bad Company while Paul Kossoff released a solo album, Back Street Crawler in 1973. He then accompanied John Martyn on a 1975 tour before assembling a group called Back Street Crawler.
Back Street Crawler released two albums: The Band Plays On in 1975 and 2nd Street in 1976. Recordings from one of the band's UK concerts in 1975 were also released under the title Live at Croydon Fairfield Halls.
Paul Kossoff's guitar playing was also much in demand for session work and he contributed solos on several albums including: Jim Capaldi's Oh How We Danced (1972) and Short Cut Draw Blood (1975); Martha Veléz's Fiends and Angels (1969); The Amazing Blondel's Mulgrave Street (1974); Uncle Dog's Old Hat (1972), Michael Gately's Gately's Cafe (1971) and Mike Vernon's 1971 album Bring It Back Home.
In 1977 a 16-track career retrospective, Koss, was issued posthumously.
In 2006, an unreleased guitar solo surfaced on the title track to t 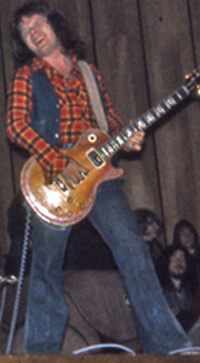 he album All One by David Elliot, who recorded with Kossoff in the 1970s.
In 2011 a selection of early recordings Paul Kossoff made with Black Cat Bones was released on the album "Paul's Blues".

song:'Time Away' by Paul Kossoff