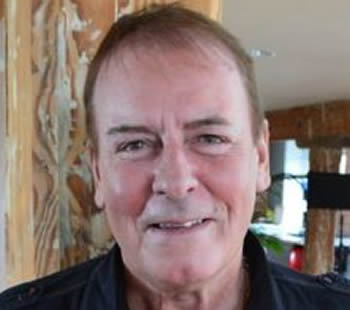 He was survived by his wife, Eileen, whom he married in 1998, his son, Jordan, from his first marriage, his brother, Derek and sisters Betty and Alice.
Alan Longmuir was born in Edinburgh, U.K. on 20th June 1948. A member of a musical family, he formed his first band at the age of seventeen, with his brother Derek and two others. They changed their name and line-up to become the Bay City Rollers. Until their career took off, Alan worked as a plumber.
In 1976, at the height of the band's popularity, Alan Longmuir left and was replaced by rhythm guitarist Ian Mitchell, a man ten years his junior.
Alan Longmuir returned to the group in 1978 and thereafter switched between bass guitar, rhythm guitar and keyboards. He also played piano accordion.
Alan Longmuir was married twice, first to Jan Longmuir, from 1985 until their divorce in 1990; they had one son, Jordan. His second marriage was to Eileen, who had two sons of her own, and lasted from 1998 until Alan's death. In 2016, it was claimed that Eileen had fought backstage with the wife of another band member, after the latter criticised Alan Longmuir's playing at a reunion concert.
While owner of the Castle Campbell Hotel in Dollar, Clackmannanshire, Alan suffered two heart attacks and a stroke, and in 2000 he decided to retrain as a building inspector.
Alan Longmuir died at Forth Valley Royal Hospital in Larbert, Scotland, after contracting an illness while on holiday in Mexico, where he had been a patient at the Galenia Hospital in Cancún but had been cleared to return home.

you like this website? If so, then please copy and email link:
http://www.rockapaedia.com
to your friends, colleagues and aquaintances. Thank you..