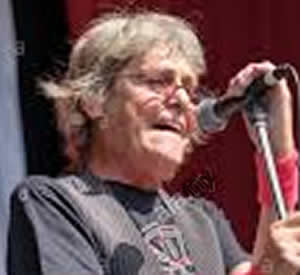 Band: Eddie and the Hotrods

In May 1975, after building a live reputation, they secured a Saturday-night residency at The Kensington pub in London. This was followed in October by a residency at The Nashville pub in London. In November 1975, after positive press reviews of their live shows, they were signed by Island Records.
By 1976, Lew Lewis joined on harmonica and Paul Gray was playing bass guitar. With this new line-up, the Hot Rods played a set at London's famous Marquee Club – their opening act was the Sex Pistols. They first appeared in the UK Singles Chart the end of that year with their 'Live at the Marquee' EP and their 45 rpm single "Teenage Depression".
After the release of their Teenage Depression album, which gave them their first appearance in the UK Albums Chart, they recorded another EP called Live – At the Sound Of Speed. During the gig from which this EP was recorded, Graeme Douglas, formerly of the Kursaal Flyers, joined the band onstage and jammed along adding extra lead lines. Afterwards his membership of the band was made permanent, and they began writing and recording for their second album.
Their biggest hit came with the Douglas/Hollis collaboration "Do Anything You Wanna Do" in the summer of 1977, using their shorter, snappier name, The Rods. This single made the British Top 10 at number 9 in August 1977 . They appeared at the Reading Festival held in August 1977 and also in that year, as the Hot Rods, they toured the United States with the Ramones and Talking Heads. In late 1977 they rele

ased a one-off collaboration with MC5 singer Rob Tyner as 'Rob Tyner & the Hot Rods'. When it came to recording a follow-up album, the band tried to recapture the success of "Do Anything You Wanna Do", but t

o no avail. In 1978 the band toured in Canada.
In early 1979, they released a further album, entitled "Thriller", recorded at Abbey Road Studio, which featured a fuller studio sound and used more studio effects. Due to low record sales, they found themselves dropped by Island in 1979. They signed to EMI in August 1979, releasing a further album in 1981 called 'Fish'n'Chips' with a new bass player. Tony Cranney, but disbanded in 1981 and Barrie Masters teamed up with the Inmates.
Barrie Masters and Steve Nicol re-formed the Hot Rods in 1984, with Tony Cranney on bass and guitarist Warren Kennedy. This line-up recorded the 45 rpm single "Fought for You". Tony Cranney was later replaced By Russ Strutter for the live mini-LP 'One Story Town', before the band split again in 1985.

In 1992 the 'classic' line-up of Barrie Masters, Steve Nicol, Dave Higgs and Gray re-grouped for a European tour but Dave Higgs left after the tour, the band carrying on with Steve Walwyn from Dr. Feelgood replacing him. Another Dr.Feelgood member, Gordon Russell, was briefly a member but was soon replaced by Mick Rodgers, a former member of Manfred Mann's Earth Band. In 1994 they recorded the album Gasoline Days which was released in 1996 by Japanese label Creative Man.
The new millennium saw another new line-up, still led by Barrie Masters as vovalist with Simon Bowley on drums, Dipster Dean on Bass and Gary Loker on Guitar.

song:'Beginning of the End' by The Hotrods