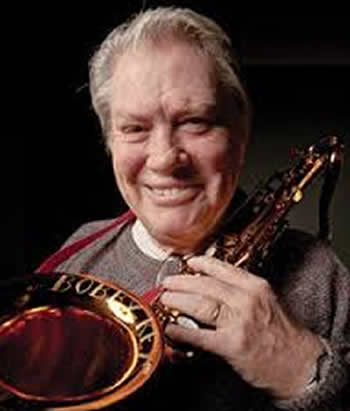 Bobby Keys died aged seventy from liver cancer in hospice care at his home in Franklin, Tennessee, U.S.A. on 2nd December 2014 aged seventy. Bobby was survived by his wife Holly and their children, Jesse, Huck, Amber and stepson Randy Kaune.
Bobby Keys was born Robert Henry Keys at Lubbock Army Airfield near Slaton, Texas, where his father, Bill Keys, was in the U.S. Army Air Corps. His mother, Lucy Keys, was sixteen when she gave birth to Bobby, her first child.
By 1946, Bill Keys got a job for the Santa Fe Railroad in Belen, New Mexico. The family moved to Belen, but young Robert stayed with his grandparents in Slaton, Texas, an arrangement he was quite happy with.

Bobby Keys started touring at age fifteen with Bobby Vee and fellow Texan Buddy Holly. Bobby Keys met the Rolling Stones at the San Antonio Teen Fair while sharing a bill with the group as a member of Vee's band in 1964. He is best known for his impressive resume as a musician, most notably the saxophone solo on the 1971 Rolling Stones hit "Brown Sugar", and his friendship with Keith Richards. The two threw a television set from the 10th floor of the Continental Hyatt House in West Hollywood, California during the group's 1972 American tour, as seen in the Stones' unreleased 1972 concert movie Cocksucker Blues. Bobby Keys made his debut with The Rolling Stones on the Let It Bleed track "Live with Me" in 1969. In addition to "Brown Sugar," he was prominently featured on such early 1970s Stones songs as "Can't You Hear Me Knocking," "Rip This Joint" and "Sweet Virginia."

Bobby Keys and Mick Jagger also became close in the early 1970s, with Bobby serving as best man at Mick Jagger's wedding. Together with Jim Price on trumpet, Bobby Keys toured with the Stones from 1970 to 1972. Along with trumpeter Steve Madaio and fellow saxophonist Trevor Lawrence, Keys continued as a touring member for the first half of the 1973 European tour before leaving in Frankfurt, Germany that September. According to rumour, Bobby was abruptly dismissed by an incensed Jagger after filling a bathtub with Dom Perignon champagne, resulting in a debt to the band that significantly exceeded his entire salary for the tour, and drinking most of it. Although Bo

bby did not dispute the veracity of the incident, he subsequently maintained in his memoir that he left the tour of his own volition to curtail his heroin addiction for the sake of his family. As a result of his strained relationship with Mick Jagger, Bobby Keys only guested on some shows of the 1975 and 1978 American tours, missing the 1976 European tour completely. He performed only four tracks on the 1981 tour, on which Ernie Watts was the saxophonist. Bobby Keys was reinstated as the band's main touring saxophonist on the 1982 European Tour, together with Gene Barge. Bobby played with the Stones on all subsequent tours up untill his death.

Prior to touring with the Stones, Bobby Keys played with Delaney & Bonnie and Friends with Eric Clapton and George Harrison in 1969. In particular, the year 1970 was an extraordinary series of notable performances. Bobby Keys started the year working on Clapton's first solo LP. With Leon Russell, he supported Joe Cocker on the 48-city Mad Dogs & Englishmen tour with the live album Mad Dogs & Englishmen being released later in the year, followed by a concert movie in 1971. After work on George Harrison's All Things Must Pass album and more Stones tracks, he joined the Rolling Stones for their fall 1970 European tour.

From 1973 to 1975, Bobby Keys participated in John Lennon's "Lost Weekend" in Los Angeles along with Ringo Starr, Harry Nilsson and Keith Moon; while in Los Angeles, he played on John Lennon's albums Walls and Bridges (including a notable solo on the number one American hit "Whatever Gets You thru the Night" and Rock 'n' Roll. He also played the solo on Leo Sayer's 1977 international soft rock hit "When I Need You" from the Endless Flight album.

In 1989, Keys became the musical director for Ronnie Wood's new Miami club, Woody's On the Beach. The first week the club opened Bobby Keys booked Jerry Lee Lewis, Fats Domino and the Crickets. In the early 1990s Bobby Keys was a resident of Miami and had a band with former Stones guitarist Mick Taylor, Nicky Hopkins, Ivan Neville, former Stephen Stills bassist Calvin "Fuzzy" Samuels and others called Tumbling Dice. Although better known as a session musician, Bobby Keys released two albums of his own in the 1970s.
In 2013 Bobby played with the Rolling Stones at their Glastonbury Festival debut, headlining on Saturday, June 29th and played on their On Fire tour at Roskilde Festival in Denmark being his final gig for the Stones.

music:'Steal From A King' by Bobby Keys