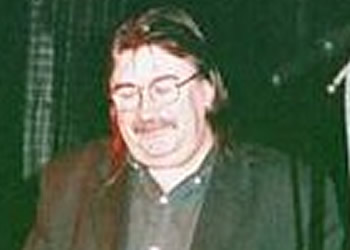 London, U.K. Dave was born David Eric Rowberry on 4th July, 1940 in Mapperley, Nottinghamshire, U.K.. He entered the Newcastle-upon-Tyne blues and jazz music scene in the early 1960's, while he was attending Newcastle University and joined The Mike Cotton Jazzmen in 1962, who then made a living backing American blues and pop acts touring England, including Solomon Burke, Stevie Wonder, the Four Tops and Gene Pitney. Dave played on the group's singles 1962-1965, including their hit, "Swing That Hammer", as well as their self-titled album.
The Animals were already a major British group in May 1965 when founding keyboardist Alan Price suddenly left due to fear of flying and other issues. According to lead singer Eric Burdon, Dave Rowberry, while considered a good musician, was chosen partly because of his passing physical resemblance to Alan Price. Dave Rowberry played many of the group's big hits, including "We Gotta Get Out of This Place", "It's My Life", "Don't Bring Me Down", "Inside-Looking Out", and "See See Rider". For a number of songs, Dave Rowberry was credited as the arranger. He was prominent on Animalisms and Animalization, often considered two of the most consistent albums of the Animal's recording career. He also sang backing vocals and some songwriting for the group.
The original incarnation of The Animals collapsed in September 1966, after which Dave Rowberry became a session musician. Until 2001, he was not invited to participate in any subsequent group reunions involving Eric Burdon. He did re-unite a few times on projects with his former bandmates from the Mike Cotton Sound. The most notable reunion was The Kinks' album, Everybody's in Show-Biz. Dave Rowberry played on the single "Celluloid Heroes" and some keyboard instruments on the album. He also appeared with the Kinks on television during this time on the song, "Supersonic Rocket Ship". Dave Rowberry also played on many albums by blues singer Dana Gillespie in the 1980s and 1990s.
When the first incarnation Animals reformed in December 1968 and 1976, Dave Rowberry was excluded, in favour of Alan Price. When a second keyboardist was added to the original group's third reunion in 1983 to early 1984, it was Zoot Money who was chosen. When The Animals were inducted into the Rock and Roll Hall of Fame in 1994, only the original five members were honored. Despite attempts by some fans to have Dave Rowberry, as well as drummer Barry Jenkins, another later member of the "first" lineup, inducted with the other members, their efforts were unsuccessful. Dave Rowberry was present at the May 2001 reunion concert on Burdon's birthday, along with John Steel and Hilton Valentine. All had been inducted earlier that day into the Rock Walk of Fame in Los Angeles.
In the early to mid-1990s, Dave Rowberry was a member of Shut Up Frank, a band formed by Mick Avory, of The Kinks. The band was composed of Avery, Noel Redding, Dave Clarke, Jim Leverton, keyboardist Richard Simmons and Dave Rowberry. This band toured extensively and recorded ten studio trac

ks which were released on two EPs. They also released a live recording from its performance at the Brian Jones Memorial Concert in Cheltenham.
In 1999, Dave Rowberry joined "Animals II", formed in 1993 by original Animals guitarist Hilton Valentine and also including original Animals drummer John Steel. Other members of this version of the band included Steve Hutchinson, Steve Dawson and Martin Bland. After Dave Rowberry joined this band in 1999, the "Animals II" name was dropped in favor of "The Animals". Following Hilton Valentine's 2001 departure from the band, Steel and Dave Rowberry continued as "Animals and Friends", until Dave Rowberry's 2003 death. During this period Dave Rowberry also worked as a freelance musician on the London jazz scene.

song:'We Gotta Get Out of this Place' by the Animals