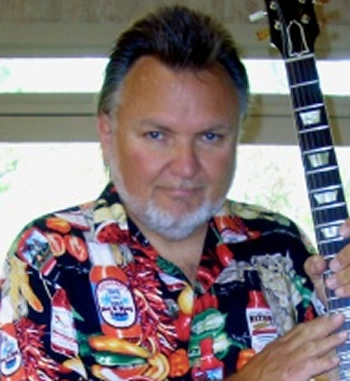 Ed King died aged sixty-eight at home in Nashville, Tennessee, U.S.A on 22nd August 2018. Ed had been battling cancer in the months prior to his death which finally took his life.

Ed King was one of the founding members of the band Strawberry Alarm Clock, formed in Los Angeles in the mid-1960s. The band's largest success was with the single "Incense and Peppermints", which reached number 1 on the Billboard Hot 100. While with the band he played both electric 6-string guitar and bass guitar.


Ed King met the members of Jacksonville, Florida-based Southern rock band Lynyrd Skynyrd when the band opened for Strawberry Alarm Clock on a few shows in early 1968. It wasn't until 1972 that he joined Skynyrd, replacing Leon Wilkeson on bass, who had left the band briefly. Wilkeson rejoined the band, and Ed King switched to guitar, creating the triple-guitar attack that became a signature sound for Lynyrd Skynyrd.


His guitar playing and songwriting skills were an essential element on Lynyrd Skynyrd's first three albums: 'Lynyrd Skynyrd', 'Second Helping' and 'Nuthin' Fancy'. Ed King co-wrote "Sweet Home Alabama", and his voice counted the "one, two, three", before he launched into his well-known riff to start the s

Other songs that Ed King wrote or co-wrote include "Poison Whiskey", "Saturday Night Special", "Whiskey Rock-a-Roller" and "Workin' For MCA".

Band biographer Mark Ribowsky said that Ed King was the outsider in Lynyrd Skynyrd as he was the only non-Southerner, but that Ed made the band professional.
Ed King decided to leave Lynyrd Skynyrd in nineteen seventy-five during the "Torture Tour". He was replaced in nineteen seventy-six by Steve Gaines, who shared Ed's birthdate.
Gaines was killed in a plane crash along with his sister Cassie Gaines and lead singer Ronnie Van Zant on October 20th, nineteen-seventy-seven.
Ed King was one of the guitarists in the reunited Lynyrd Skynyrd in 1987, and played a major role. He was forced to leave the band again in nineteen ninety-six because of congestive heart failure.
Ed King, along with all pre-crash members of Lynyrd Skynyrd, was inducted into the Rock and Roll Hall of Fame in 2006.