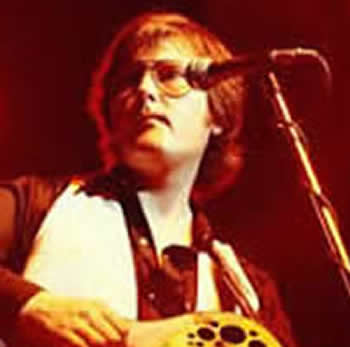 riend Enzina Fuschini said that she felt that he was under some sort of evil spell and he felt crippled by it.
In 2008, Gerry Rafferty moved away from California and briefly rented a home in Ireland, where his drinking soon became a problem again. In July that year, he flew to London, where he stayed in the five-star Westbury Hotel in Mayfair and began a four-day drinking session that left his room extensively damaged.
There were conflicting reports about what happened next. The newspaper Scotland on Sunday reported that Gerry Rafferty had been asked to leave the hotel and had then checked himself into St Thomas' Hospital suffering from a chronic liver condition, brought on by heavy drinking. The same report claimed that on 1st August 2008, Gerry Rafferty had disappeared, leaving his belongings behind, and that the hospital had filed a missing persons report.
On 17th February 2009, The Guardian reported that Gerry Rafferty was in hiding in the south of England, being cared for by a friend. Subsequently, Gerry Rafferty's spokesperson Paul Charles told The Independent that he had been in touch with Gerry Rafferty two weeks previously and that he was alive and well but had no plans to either record or tour. This was contradicted by a report in The Daily Telegraph on the following day, which quoted a statement his solicitors made to Channel 4 News that contrary to reports, Gerry is extremely well and has been living in Tuscany for the last six months and he continues to compose and record new songs and music and he hopes to release a new album of his most recent work in the summer.
After leaving St Thomas' Hospital, and while claiming he was in Tuscany, Gerry was moving from one London hotel to another. During this time, he met Enzina Fuschini, an Italian artist living in Dorset. Gerry Rafferty and Fuschini rented a large home together in Upton, near Poole. Fuschini claims she cared for the singer during 2009 and tried to help him overcome his alcoholism, and that he proposed to her at the Ritz Hotel in Paris on Christmas Eve that year.
In November 2010, Gerry Rafferty was admitted to the Royal Bournemouth Hospital where he was put on a life-support machine and treated for multiple organ failure. After being taken off life support, Gerry Rafferty rallied for a short time, and it seemed that he might recover.