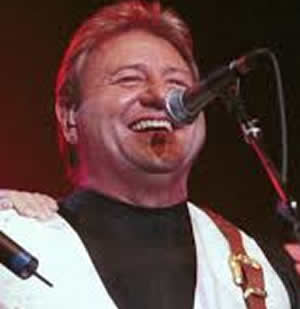 Numerous fellow musicians paid tribute, including Rick Wakeman, Steve Hackett, Ringo Starr, John Wetton, and Carl Palmer.
In late 1974, Greg Lake had moved from a flat in Cornwall Gardens in Kensington, London, to a home near Windsor. He later lived in the Kingston and Richmond areas of London with his wife Regina. The couple had one daughter, Natasha. Greg Lake was born on 10th November 1947 in Poole, Dorset, UK. and was known to say that he was "born in an asbestos prefab housing unit" but credited his parents for sending him money and food during his time as a struggling musician. He also spoke of his upbringing as a happy time.
Greg Lake discovered rock and roll in 1957 when he bought Little Richard's record "Lucille" then at the age of twelve he first learned to play the guitar and wrote his first song, "Lucky Man", which he merely committed to memory. He recalled his mother, a pianist, as his initial musical influence. She bought Greg a second hand guitar to learn on and then he took guitar lessons from Don Strike, who had a shop in Westbourne. Strike taught him with reading musical notation exercises and playing 1930's pop tunes, the latter of which became an influence on Greg at the time. After roughly one year with Strike, Greg Lake ended his tuition as he wished to learn songs by The Shadows and his second guitar was a pink Fender Stratocaster.
Greg Lake attended Junior School then Secondary Modern School and after leaving school he then took up work loading and unloading cargo at the Poole docks, and as a draughtsman for a short period. Greg Lake then decided to become a full-time musician at the age of seventeen.

e of recording, so Greg Lake was asked instead. In 2005, Greg Lake toured Germany and the UK with his assembled group, the Greg Lake Band, which included David Arch on keyboards, Florian Opahle on guitar, Trevor Barry on bass, and Brett Morgan on drums. In 2006, Greg Lake played as a member of the supergroup The RD Crusaders in aid for charity. Greg Lake performed "Karn Evil 9" with the Trans-Siberian Orchestra at several shows. He was a special guest on their album 'Night Castle'.
In the year 2010, Greg Lake and Emerson completed an acoustic world tour, performing ELP songs. The tour got off at a bad start following a backstage altercation between the two, but they completed the tour and it was very happy. they actually ended up enjoying themselves. That July, Greg Lake joined Emerson and Palmer for a one-off gig from Emerson, Lake & Palmer at the High Voltage Festival in Victoria Park, London, to commemorate the band's fortieth anniversary. The concert was released on CD, DVD, and Blu-ray as High Voltage. It was the final performance by the group. Greg Lake wished to continue touring, but claimed his bandmates "didn't want to", thus ending such plans. Greg Lake continued to tour solo in the 2010s. His Songs of a Lifetime Tour began in 2012 which featured songs of his career and those by his favourite artists, including Elvis Presley and Johnny Kidd & the Pirates. The tour ended in November of that year and produced the live album, 'Songs of a Lifetime'.
On 9th January 2016, Greg was awarded an honorary degree in music and lyrics composition by Conservatorio Nicolini in Piacenza, Italy, the first degree awarded by the conservatory.
Greg Lake spent several years writing his autobiography 'Lucky Man', originally planned to be published in 2012.
On 19th June 2017, the Municipality of Zoagli Italy awarded the Honorary Citizenship post mortem to Greg Lake and engraved a marble plaque that will be next to Castello Canevaro where he performed on 30th November 2012.

song: 'It Hurts' by Greg Lake