Ian McLagan died aged sixty-nine from a stroke on 3rd December 2014 at University Medical Center Brackenridge in Austin, Texas. U.S.A. He is survived by his son Lee, 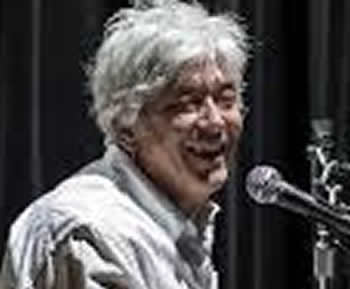 from his first marriage. His second wife, Kim, died in 2006.


Ian was born on 12th May 1945 in Hounslow, Middlesex, U.K. and first started playing in bands in the early 1960s, initially using the Hohner Cembalet before switching to the Hammond Organ and Wurlitzer electric piano, as well as occasional guitar. In 1965 he was hired to join Small Faces by their manager, Don Arden, replacing Jimmy Winston and played his debut gig with them at London's Lyceum Theatre on 2nd November that year. In 1969, after Steve Marriott had left the group and Rod Stewart and Ronnie Wood joined, the band changed its name to the Faces.
Ian McLagan played piano on the studio side of the 1972 album 'The London Chuck Berry Sessions'. After the Faces split up in 1975, Ian worked as a sideman for the Rolling Stones, both in the studio and on tour and on various Ronnie Wood projects. In addition, his session work has backed artists including Jackson Browne, Joe Cocker, Bob Dylan, Melissa Etheridge, Bonnie Raitt, Paul Westerberg, Izzy Stradlin, John Hiatt, Frank Black, Nikki Sudden, John Mayer, Bruce Springsteen, Tony Scalzo, Carla Olson and Mick Taylor.

Ian McLagan played keyboards in the band that backed Bob Dylan on his 1984 joint European tour with Santana.
Ian McLagan was a member of Billy Bragg's band "The Blokes" for several years in the late 1990s and early 2000s, co-writing and performing on the 2002 England, Half-English album and tour.
In 2009 Ian McLagan joined the James McMurtry band on tour in Europe. In September 2010, at Stubbs in Austin, Texas, Ian joined The Black Crowes on keyboards and vocals for their encore set. The set included two Faces songs, "You're So Rude" and "Glad and Sorry".

In 2013, Ian appeared with the Warren Haynes band at the Moody Theater in Austin, Texas, playing piano on one number and organ on the other. In 2014, Ian McLagan

Ian McLagan is featured prominently on the Lucinda Williams double album 'Down Where the Spirit Meets the Bone', which was released in September 2014 on her own label, Highway 20 Records.

Ian McLagan prominently features on Scunthorpe duo, Ruen Brothers debut album 'All My Shades Of Blue'. Ian recorded his parts shortly before his death. It was produced by Rick Rubin. Other notable musicians on the album were Chad Smith from the Red Hot Chili Peppers and Dave Keuning from the Killers.

Ian McLagan also released several solo albums. An in-demand player, he filled the role of bandleader with his own Bump Band from 1977 onwards. Towards the end of his life, he relocated to Austin, Texas and did gig nights at local clubs and bars. Ian McLagan & the Bump Band played at the 2006 Austin City Limits Music Festival, and opened for the Rolling Stones in Austin, Texas, in 2006.
<<go to top>>

song:'Hold On' by Ian McLagan