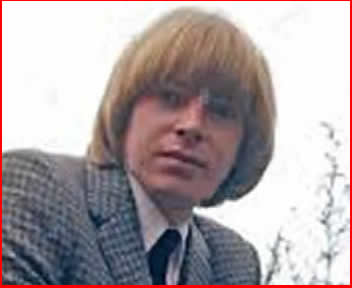 e basement of his home, while playing his badly earthed guitar. Keith had several health issues throughout his life, including emphysema and asthma, which may have added to his succeptability to electric shock. He is buried in Richmond Cemetery in South West London, UK.
Keith married April Liversidge in 1966. They had two sons; Danny and Jason.
Keith Relf's posthumous Rock and Roll Hall of Fame induction with the Yardbirds in 1992 was represented by his widow April, and their sons Danny and Jason.

Keith Relf started playing in bands around the summer of 1956 as a singer, guitarist, and harmonica player. His blues harp was a key part of the Yardbirds' sound and success and he co-wrote many of the original Yardbirds songs including "Shapes of Things", "I Ain't Done Wrong", "Over Under Sideways Down", "Happenings Ten Years Time Ago". He also sang an early version of "Dazed and Confused" in live Yardbirds concerts, a song later recorded by the band's successor group Led Zeppelin.
Keith's debut solo single, "Mr. Zero", peaked at number 50 in the UK Singles Chart in May 1966.
After the Yardbirds broke up in July 1968, Keith Relf formed the acoustic duo Together, with fellow Yardbird Jim McCarty, followed immediately by Renaissance (which also featured his sister Jane Relf). After leaving Renaissance in 1970, Keith started producing other artists: Steamhammer, folk-rock band Hunter Muskett, th

e acoustic world music group Amber, psychedelic band Saturnalia, and blues-rock band Medicine Head (with whom he also played bass guitar). In 1974, he formed progressive/rock group Armageddon. Their self-titled debut, 'Armageddon', was recorded in England and released in the United States on A&M Records. The album's original liner notes used the term "Supergroup" to label them.
<<go to top>>