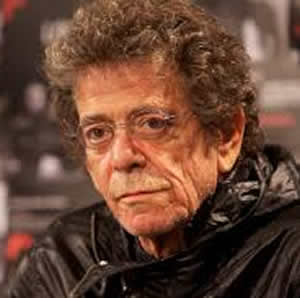 Lou Reed remained active doing benefits and composing music. He contributed vocals to the third Gorillaz album, Plastic Beach, on the song "Some Kind of Nature", and co-wrote and performed backup music for a chen-style t'ai chi instructional DVD. Lou Reed also co-produced and created original music for a tai chi series entitled Power and Serenity. He had a co-production credit on Laurie Anderson's Homeland. In 2010 Lou Reed also appeared in Stephan Berwick's short film "Final Weapon".
In 2011, the American heavy metal band Metallica recorded a full-length collaboration album with Lou Reed entitled 'Lulu', released on November 1st in North America and October 31st everywhere else. Despite the negative response it received from critics, Metallica drummer Lars Ulrich offered the following opinion of the album following Lou Reed's death in 2013: "We were both outsiders, we both never felt comfortable going down the same path that everyone else was doing. Lou Reed is the godfather of being an outsider, being autonomous, marching to his own drum, making every project different from the previous one and never feeling like he had a responsibility to anybody other than himself. We shared kinship over that."
On September 15th 2011, Lou performed "Who Am I? " and Sam Cooke's "A Change Is Gonna Come" as part of Dailymotion's Music In Motion: Hall Willner's Freedom Rides celebrating the 50th anniversary of the Freedom Rides.
In January 2012, Lou Reed and John Cale sued the Andy Warhol Foundation for the license to use the yellow banana image from Warhol's art for The Velvet Underground & Nico album.
In 2012, a bilingual (French and English) book 'Lou Reed: Rimes/Rhymes'' was published with a compilation of more than 300 photos of Lou Reed, with comments from co-author Bernard Comment.
On September 4th 2013 Lou Reed and Mick Rock were interviewed, in Soho, by Mark Beaumont of the New Musical Express about their new joint photobook Transformers. It was to be Lou Reed's last interview.