Phil Lynott died aged thirty-six on 4th January 1986 in a hospital's intensive care unit. The cause was pneumonia and heart failure 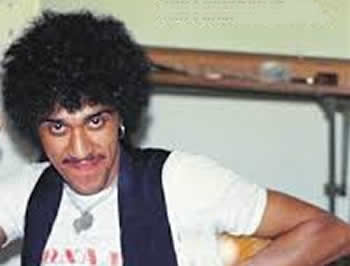 ark Stanway and produced by Paul Hardcastle, was released a few weeks before his death. It bore no relation to the producer's chart-topping single of the same title some months earlier. Throughout December 1985, Phil Lynott promoted "Nineteen", performing live on various television shows. The same month, he gave his final interview in which he promulgated his possible plans for the near future; these included more work with Gary Moore and even the possibility of reforming Thin Lizzy.