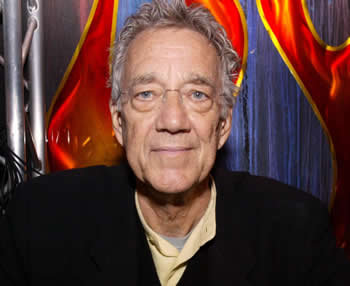 enty-four on 20th May 2013, at a hospital in Rosenheim, Germany. The cause was a rare cancer called Cholangio-carcinoma (bile duct cancer) and Ray had travelled to Germany for special treatment which proved unsuccessful. He was survived by his wife Dorothy, their son, Pablo, and his three grandchildren.

In the early 1970s, the Manzareks divided their time between an apartment in West Hollywood, California and a small penthouse on New York City's Upper West Side. They subsequently resided in Beverly Hills, California (including ten years in a house on Rodeo Drive) for several decades. For the last decade of his life, Ray Manzarek and his wife lived in a refurbished farmhouse near Vichy Springs, California in the Napa Valley.
The Whisky a Go Go and other clubs where the Doors had played, dimmed their lights in Ray Manzarek's memory. An invitation-only memorial service called 'Ray's celebration of life' was held on 9th June in the Napa Opera House, California, U.S.A.

Ray Manzarek was born Raymond Daniel Manczarek Jr. and raised on the South Side of Chicago, Illinois. He was born to Helena and Raymond Manczarek Sr., and was of Polish descent. Growing up, he took private piano lessons from Bruno Michelotti and others. He originally wanted to play basketball, but he wanted to play only power forward or center. When he was sixteen his coach insisted either he play guard or not at all and he quit the team. Manzarek said later if it was not for that ultimatum, he might never have been with The Doors. He went to Everett Elementary School on South Bell Street and attended St. Rita of Cascia High School.
In 1956, Ray matriculated at DePaul University, where he played piano in his fraternity's jazz band, participated in intramural football, served as treasurer of the Speech Club, and organized a charity concert with Sonny Rollins and Dave Brubeck. He graduated from the University's College of Commerce with a degree in economics in 1960.
In the autumn of 1961, Manzarek briefly enrolled at the University of California, Los Angeles School of Law. Unable to acclimate to the curriculum, he transferred to the Department of Motion Pictures, Television and Radio as a graduate student before dropping out altogether after breaking up with a girlfriend. Although he attempted to enlist in the Army Signal Corps as a camera operator on a drunken lark during a visit to New York City, he was instead assigned to the highly selective Army Security Agency as a prospective intelligence analyst in Okinawa and then Laos. While in the Army, Ray Manzarek played in various musical ensembles and first smoked and grew cannabis. However, because he wanted to eventually visit Poland, he refused to sign the requisite security clearance and was discharged as a private first class after several months of undesignated duty. According to Britt Leach, a fellow Army Security Agency enlistee, Ray Manzarek "had collected an entire duffel bag" of cannabis specimens during his service in Laos.
Following his return to the United States, Ray re-enrolled in UCLA's graduate film program in 1962, where he received a M.F.A. in cinematography in 1965. During this period, he met future wife Dorothy Fujikawa and undergraduate film student Jim Morrison. At the time, Ray Manzarek was in a band called Rick & the Ravens with his brothers Rick and Jim. Forty days after finishing film school, thinking they had gone their separate ways, Manzarek and Morrison met by chance on Venice Beach in California. Morrison said he had written some songs, and Manzarek expressed an interest in hearing them, whereupon Morrison sang rough versions of "Moonlight Drive," "My Eyes Have Seen You" and "Summer's Almost Gone." Ray liked the songs and co-founded The Doors with Morrison at that moment.
During this period, Ray Manzarek met guitarist Robby Krieger and drummer John Densmore at a Transcendental Meditation lecture and recruited them for the incipient band.
The Doors' first recording contract was with Columbia Records. After a few months of inactivity, they learned they were on Columbia's drop list. At that point, they asked to be released from their contract. Following a few months of live gigs, Jac Holzman "rediscovered" The Doors and signed them to Elektra Records.
The Doors lacked a bass guitarist, except during recording sessions, so at live performances Ray played the bass parts on a Fender Rhodes Piano Bass. His signature sound was that of the Vox Continental combo organ, an instrument used by many other psychedelic rock bands of the era. He later used a Gibson G-101 Kalamazoo combo organ (which looks like a Farfisa) because the Continental's plastic keys frequently broke.
During the Jim Morrison era, Ray was the Door's regular backing vocalist and went on to share lead vocals with Krieger on the albums (Other Voices and Full Circle) released after Jim Morrison's death.
After recording two solo albums on Mercury Records to a muted reception in 1974, Manzarek played in several groups, most notably Nite City. He recorded a rock adaptation of Carl Orff's Carmina Burana with Philip Glass, played with Iggy Pop, backed one track on the eponymous 1987 album Echo & the Bunnymen, backed San Francisco poet Michael McClure's poetry readings and did improvisational composition with poet Michael C. Ford. He also worked extensively with Hearts of Fire screenwriter and former SRC front man Scott Richardson on a series of spoken word and blues recordings entitled "Tornado Souvenirs". Ray Manzarek produced the first four albums of the seminal punk band X, also contributing occasionally on keyboards.
In 2006, Ray collaborated with composer and trumpeter Bal. The album that resulted, Atonal Head, is an exploration in the realm of electronica. The two musicians integrated jazz, rock, ethnic and classical music into their computer-based creations.
On August 4, 2007, Ray Manzarek hosted a program on BBC Radio 2 about the 40th anniversary of the recording of "Light My Fire" and the group's musical and spiritual influences.
In April 2009, Ray Manzarek and Robby Krieger appeared as special guests for Daryl Hall's monthly concert webcast Live From Daryl's House. They performed several Doors tunes ("People Are Strange", "The Crystal Ship", "Roadhouse Blues" and "Break on Through (To the Other Side)") with Hall providing lead vocals.
In his last years Ray often sat in with local bands in the Napa County, California area, where he relocated in the early 2000s.

In 2009, Manzarek collaborated with "Weird Al" Yankovic, by playing keyboards on the single "Craigslist", which is a pastiche of The Doors. On the day of Ray Manzarek's death, Yankovic published a personal video of this studio session which he said had been an "extreme honor" and "one of the absolute high points of his life". Manzarek was a co-producer on a few tracks for Universal Recording artist Michael Barber. A track appeared on the Internet, titled "Be Ok", on Barber's Universal Records debut.
In May 2010, Ray Manzarek recorded with slide guitarist Roy Rogers an album, Translucent Blues, released in mid-2011, was ranked No. 3 on the Top 100 Roots Rock Albums of 2011 by The Roots Music Report.
In February 2012,Ray Manzarek recorded "Breakn' a Sweat" with DJ Skrillex and his fellow Doors Robby Krieger and John Densmore.

music: 'The Wounds of Fate' by Ray Manzarek