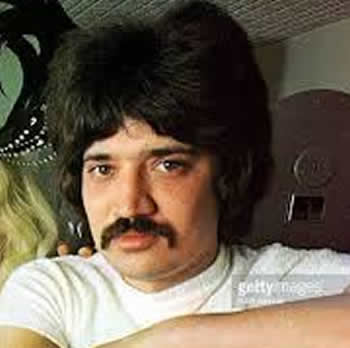 nty-five. He was survived by his wife and two adult children. In 1969 he married dentist Anita and moved to Denmark. The couple divorced five years later. Peter Sarstedt's second wife was Joanna. From 2013 Peter Sarstedt lived in a retirement home in Sussex, U.K.. He had progressive supranuclear palsy, diagnosed in 2015, but originally misdiagnosed as dementia in 2013.

Peter Sarstedt was born in Delhi, India, in what was then part of the British Raj, as one of six siblings. His parents were civil servants in the British administration there and both had trained as classical musicians. His family returned to the UK in 1954, settling in south London just before the rock 'n' roll boom, and the Sarstedt brothers started out performing skiffle music.
Peter Sarstedt was a younger brother of the 1960's pop star Eden Kane, for whom he briefly played bass, and an elder brother of pop singer Clive Sarstedt.
Peter Sarstedt was best known for his 1969 UK number-one single, released on the United Artists label, "Where Do You Go To (My Lovely)?", a portrait of a poor-born girl who becomes a member of the European jet set. The song topped the charts in 14 countries. It was also awarded the 1970 Ivor Novello Award for Best Song Musically and Lyrically. Peter cited his first wife Anita as the inspiration for the song.
His follow-up single, "Frozen Orange Juice", reached number 10 in the UK in 1969. Other Peter Sarstedt songs include "Beirut", "Take Off Your Clothes" and "I Am a Cathedral".
In the 1980s and 1990s, Peter Sarstedt frequently toured the southern UK as part of the "Solid Silver '60s" package tours, having returned to England after several years residing in Denmark. In the 1990s and 2000s, he continued to release new albums and tour. In 1997 he released the album England's Lane, and in 2007 an album of new material called On Song.
New interest was sparked in Peter's music after "Where Do You Go To" was used in the 2007 Wes Anderson films Hotel Chevalier and Th

e Darjeeling Limited. In 2012, a compilation of songs called Highlights – the Demos was released.
Peter Sarstedt's final album, released in 2013, was entitled Restless Heart. It was produced by Ray Singer and the single and accompanying video "Valentine", directed and produced by Lara Singer, was released on Singer Records. A third instalment of "Where Do You Go To", continuing the story of Marie-Clair, to be titled "Farewell Marie-Clair", unfortunately did not materialise. Peter Sarstedt last performed live in 2010.