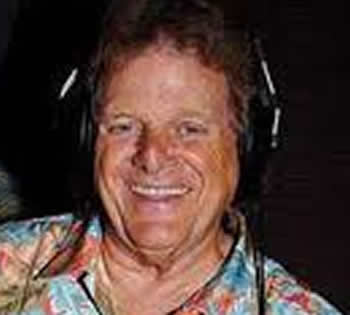 January 2019 at his home in Leiper's Fork, Tennessee, U.S.A.. He was survived by his wife Jenny, a classically trained cellist he married in 2004. They settled in Leipers Fork, Tennessee, where Reggie Young spent much of his time composing in his home studio.
Reggie Young was born on the twelfth of December 1936, in Caruthersville, Missouri, U.S.A. and raised in Osceola, Arkansas. Reggie's first band was Eddie Bond & the Stompers, a rockabilly band from Memphis, Tennessee, that toured with Johnny Cash, Carl Perkins, and Roy Orbison during the mid-1950s. By 1958, Reggie Young was with singer Johnny Horton, making several appearances on the popular Louisiana Hayride radio show in Shreveport.
He was an original member of Bill Black's Combo, which had several instrumental hits in the U.S.A. in 1959 and the early 1960's, the most successful being "Smokie, Pts. 1 & 2", "White Silver Sands," and an instrumental version of "Don't Be Cruel," released on Hi Records. Billboard Magazine listed the Combo as the number 1 instrumental band three years in a row, 1960–1962.
In February 1964, the Beatles requested that the Bill Black Combo open for them during their first American tour. Subsequently, they invited the Bil Black Combo over to England for another month-long tour. After the death of leader Bill Black, who was also Elvis Presley's original bass player, in October 1965, Reggie Young concentrated on being a staff musician at Hi Studio in Memphis until 1967.
Reggie Young played on the January and February 1969 Elvis Presley sessions that included "Suspicious Minds", "Kentucky Rain", "Don't Cry Daddy", and "In the Ghetto". When the studio closed in late 1971, Reggie Young moved to Nashville as an independent session player. He took part in the July 1973 Elvis Presley sessions at Stax records in Memphis which produced the albums 'Raised On Rock' and 'Good Times'.
In the early 1970's, Reggie Young backed Jimmy Buffett as a member of the first three Coral Reefer Bands on "A White Sport Coat & a Pink Crustacean", Living and Dying in 3/4 Time and A1A. After playing on the session

s for the Highwaymen, Johnny Cash, Waylon Jennings, Willie Nelson, and Kris Kristofferson in 1984, Reggie Young joined their touring show for a five-year stretch from nineteen-ninety untill nineteen ninety-five. Reggie Young also played many sessions and concerts with Waylon Jennings, including his final tours featuring the Waymore Blues Band, before Jennings' death in 2002.
In 2008 the Country Music Hall of Fame recognized Reggie Young as a "Nashville Cat". That same year also saw the debut of Reggie Young's first solo album, the independently released, inspirational 'Be Still', a collaboration with wife and cellist Jenny Lynn Young.
August 2009 saw the Memphis Boys, the American Sound Studio house band with Reggie Young, receive acknowledgement by the Memphis Grammy Chapter for their pioneering work on "Suspicious Minds" during a Graceland fan reception.