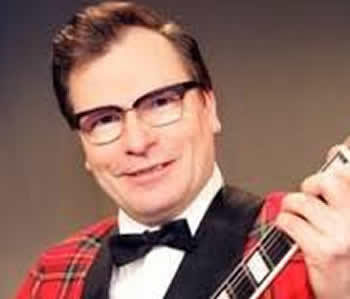 Danny Cedrone died aged thirty-three from a broken neck on 17th June, 1954 in Philadelphia, Pennsylvania, United States of America. He was survived by his wife, Millie and their four daughters including Marie.
Danny Cedrone was born with the birth-name Donato Joseph Cedrone in Jamesville, New York, United States of America. Danny's musical career began in the 1940's, but he came into his own in the early 1950s, first as a session guitarist hired by what was then a country and western musical group based out of Chester, Pennsylvania called Bill Haley and His Saddlemen. In 1951, Danny Cedrone played lead on their recording of "Rocket 88" which is considered one of the first acknowledged rock and roll recordings. At around this time, Danny Cedrone formed his own group, The Esquire Boys, and this is believed to be one of the reasons why he did not join Bill Haley's group as a full-time member. In 1952, Danny Cedrone played lead guitar on Bill Haley's version of "Rock the Joint", and his swift guitar solo, which combined a jazz-influenced first half followed by a lightning-fast down-scale run, was a highlight of the recording.
Danny Cedrone's involvement with the Esquire Boys kept him off of Bill Haley's recording schedule for most of 1952 and 1953. During this time, Danny Cedrone made a number of recordings with the Esquires, most notably two versions of the Bill Haley composition, "Rock-A-Beatin' Boogie", several years before Bill Haley recorded it himself. The Esquire Boys recorded a second version of "Rock-A-Beatin' Boogie" in 1954 which reached number 42 on the Cashbox pop singles chart. "Rock-A-Beatin' Boogie" was recorded by Bill Haley and his Comets in 1955 on Decca.
Danny Cedrone returned to work with Bill Haley's group in 1954, by which time it had been renamed The Comets. He played a key role in the band's first recording session for Decca Records in April, 1954 when they recorded "Rock Around the Clock" in New York City. Ten days after this session, Danny died after falling down a staircase.

Eight months after Danny Cedrone's death, "Rock Around the Clock" was included on the opening credits of the film 'Blackboard Jungle' and became the first rock and roll recording to hit the top of the American charts. Danny Cedrone was finally inducted into the Rock and Roll Hall of Fame as a member of the Comets in 2012, by a special committee aiming to correct the mistake of not inducting the band with Bill Haley in 1987. Guitar players over the years, including Jimi Hendrix, Pete Townshend, Chris Spedding, Brian Setzer, Danny Gatton and Alvin Lee have gone on record as naming Danny Cedrone's solo on "Rock Around the Clock" as an influence on their own work.

song:'Rock the Joint' by Bill Haley and his Comets