Renaldo "Obie" Benson died aged sixty-nine of lung cancer and other illnesses on July 1, 2005. His leg had been amputated earlier 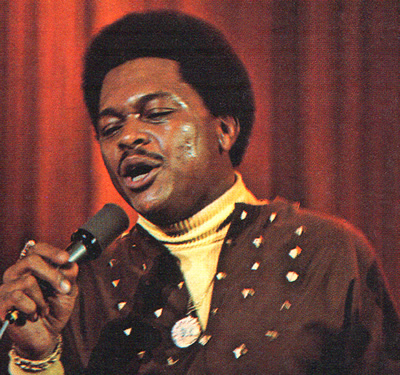 in 2005 due to circulation problems. He is survived by two daughters. His last performance as a Four Top was on 8th April 2005 which was shown live on the Late Show with David Letterman. He was interred at Woodlawn Cemetery, Detroit, Michigan, U.S.A.

Renaldo "Obie" Benson attended Northern High School in Detroit, Michigan, U.S.A. with Lawrence Payton. The pair met Levi Stubbs and Abdul "Duke" Fakir while singing at a friend's birthday party in 1954 and decided to form a group called the Four Aims. Roquel Billy Davis, who was Lawrence Payton's cousin, was a fifth member of the group for a time and a songwriter for the group. Roquel Billy Davis played an instrumental role in the group being signed by Chess Records who were mainly interested in Roquel Billy Davis's songwriting ability. The group changed their name to the Four Tops to avoid confusion with the Ames Brothers and had one single "Kiss Me Baby" released through Chess which failed to chart. The Four Tops left Chess although Roquel Billy Davis stayed with the company.
The group then went to Red Top Records and Riverside Records before signing with Columbia Records where they released "Ain't That Love" in 1960. This record was a supper club style record and the Four Tops would sing at a number of jazz venues in the early 1960s. Obie Benson was responsible for the Tops' choreography in the early years of the group.
In 1963 they signed with Motown, initially recording a track for Motown's Workshop Jazz label. Obie Benson and the other members already knew Barrett Strong, as he had written songs with Davis for Jackie Wilson including "Lonely Teardrops". The Four Tops worked with Holland-Dozier-Holland who wrote and produced a number of soul music hits for them over the next few years, including "I Can't Help Myself (Sugar Pie, Honey Bunch)" and "Reach Out I'll Be There" which both topped the US pop charts.
Renaldo "Obie" Benson was on tour with the Four Tops when he witnessed a scuffle between protesters and the police over a disused urban lot which the protesters called People's Park. He started writing the first draft of "What's Going On". He worked on the song with lyricist Al Cleveland, who was renting the upstairs section of Obie Benson's duplex.
Renaldo "Obie" Benson wanted the Four Tops to record his song, but they refused on the grounds that it was a protest song. He approached Joan Baez to record the song while appearing on a British television show, but was unsuccessful. Finally, he approached Marvin Gaye who liked the song, but wanted The Originals to cut a version of it.
Obie Benson eventually persuaded Marvin Gaye to record the song by offering him a cut of the royalties. Marvin Gaye earned the credit by adding lyrics and other touches to the song. The song was recorded in June 1970, but Motown refused to release it at first, claiming it was uncommercial. Finally, the song was released and reached number two on the Billboard Pop Singles chart, while topping the R&B chart too. "What's Going On" is widely acknowledged as one of the greatest rock or R&B songs of its time, reaching the top 5 of the "500 Greatest Songs of All Time" as rated by Rolling Stone in 2004 and as one of The Rock and Roll Hall of Fame's 500 Songs that Shaped Rock and Roll.

Song:"Reach Out" by The Four Tops