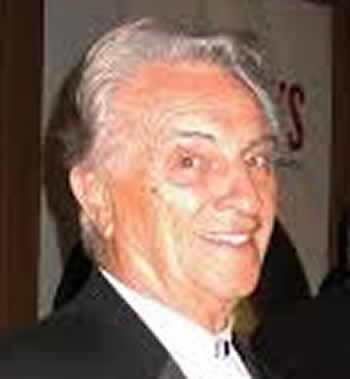 Tommy DiVito died aged ninety-two on 21st September, 2020 in Las Vegas, California, United States of America. It was stated that Tommy DiVito had been hospitalized after contracting COVID-19 in Nevada.
Tommy DiVito was born on 19th June, 1928 in Belleville, New Jersey, United States of America, the youngest of nine children in an Italian-American family. At eight years old, Tommy taught himself to play his brother’s guitar by listening to country music on the radio. By the time he was twelve, Tommy was playing for tips in neighborhood taverns quiting school after the eighth grade and at sixteen, he had his own R&B band and was earning between twenty and twenty-five dollars per night.
Tommy's musical career began in the early 1950s when he formed "the Variety Trio" with his brother Nick DiVito and Hank Majewski. This core group performed under various names and changing lineups. This band expanded to a quartet and changed its name to "the Variatones" including the addition in 1954 of singer Francis Castelluccio who was later known as Frankie Valli. By the time they were signed to a recording contract with RCA Victor, in 1956, the quartet of Tommy and Nick DiVito, Hank Majewski, and Frankie Valli had renamed themselves "The Four Lovers". Tommy and Frankie remained the only consistent members of the Four Lovers, as the group released seven singles and one album under the Four Lovers name. Their 1956 debut single, Otis Blackwell's "You're the Apple of My Eye", achieved enough national sales to appear as a minor hit on the Billboard Hot 100 singles chart. The single landed Tommy his first national television appearance, when the Four Lovers appeared on The Ed Sullivan Show in 1956.
After his brother Nick left the group, Tommy DiVito continued his musical pursuits, reforming and realigning the group. He was close friends with Joe Pesci, who introduced Tommy DiVito and Valli to Bob Gaudio. By 1960 The Four Lovers consisted of Tommy DiVito and Valli along with lyricist/singer/keyboardist Bob Gaudio and vocal arranger Nick Massi, and were mainly used as a backup band for producer Bob Crewe under contract. This is the lineup which adopted the name "The Four Seasons", named after a bowling alley in Union, New Jersey, that had a lounge where they had auditioned. Signed by songwriter/producer Bob Crewe, the Four Seasons cut their first single under that name, "Bermuda", i

n November 1961. It was released by Gone Records, but did not succeed. However, their follow-up single did. In 1962 Bob Gaudio's composition "Sherry", released by Vee Jay Records in July 1962, hit number one in September, the first of three consecutive chart-topping hits by the Four Seasons, the others being "Big Girls Don't Cry" and "Walk Like a Man".
Nick Massi left the group in 1965, just before the release of "Let's Hang On!", and arranger Charles Calello played bass until a new bass player could be found, and then Joe Long joined the band and participated on many chart topping hits for the remainder of the decade and into the mid-1970s. Tommy DiVito left the Four Seasons in April 1970 before the album Half and Half was released. He told the Las Vegas Review Journal in 2009 that he had had it up to here with the travelling and changing clothes three times a day, and taking two planes and then driving one hundred miles to do a date. On the last song of this album, "Oh Happy Day, Any Day Now", Tommy DiVito can be heard playing a small solo on his guitar. Tommy sold Frankie Valli and Bob Gaudio his rights to the Four Seasons' material, name, and touring act in 1971. The reason for his departure was originally indicated as a hearing problem, but it was later revealed that he had accrued significant debt and financial trouble.  Times were tough for Tommy for a while, as he discussed in a 2009 interview with Doug Elfman in the Las Vegas Review-Journal.
Tommy DiVito, along with fellow original Four Seasons Franie Valli, Nick Massi, and Bob Gaudio, were inducted into the Rock and Roll Hall of Fame in 1990 and the Vocal Group Hall of Fame in 1999. Nick Massi died in the year 2000 but Tommy DiVito rejoined Frankie Valli and Bob Gaudio on stage at the 2005 Broadway opening of the documentary-style musical Jersey Boys, a Tony Award winning hit chronicling the story of the group's early days, which was later adapted to a 2014 feature film directed by Clint Eastwood.